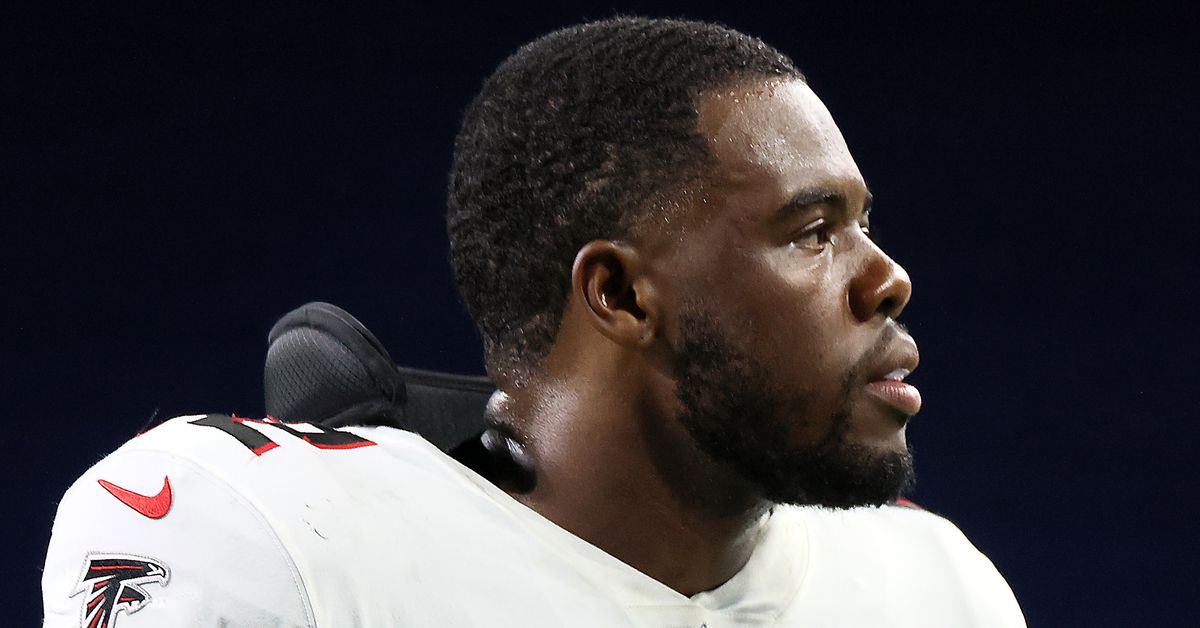 The 49ers held workouts with three players on Friday, adding one to their practice squad. The Niners worked out offensive lineman Leroy Watson, offensive tackle Jean Delance, and linebacker Buddy Johnson, according to a report by Aaron Wilson of Pro Football Network. Watson’s father tweeted that he has signed a deal to join the 49ers practice squad.

Watson was a tight end in college at UTSA, hauling in 25 receptions for two receiving touchdowns and 297 receiving touchdowns over three seasons. However, Watson primarily contributed as a blocker. Prior to joining UTSA, Watson played at Hutchinson Community College. In 2017, Watson was teammates with 49ers offensive linemen Jason Poe (who was a fullback at the time) and Spencer Burford. Something tells me Hutchinson Community College had a smashmouth offense that year.

Watson signed with the Falcons as an undrafted free agent and got off to a good start at offensive tackle this preseason. However, Atlanta released Watson in their final round of roster cutdown. Multiple reports suggested he was going to sign a deal with the New England Patriots, something confirmed in his father’s tweet, but he chose to join the Niners practice squad instead.

Delance was a three-year starter at right tackle for Florida and signed as an undrafted free agent with the Bears following the draft. However, he was released with a non-football illness designation at the end of the preseason. The Niners met with Delance at the East-West Shrine Bowl prior to the draft, suggesting they have had some level of interest in him for some time.

Johnson was one of the more noteworthy cuts of the preseason. Drafted in the fourth round of the 2021 draft by the Steelers out of Texas A&M, Johnson never lived up to his draft status in Pittsburgh, recording just two tackles on special teams in four games last season. He could be an interesting reclamation project for the Niners coaching staff if they add him to the practice squad.