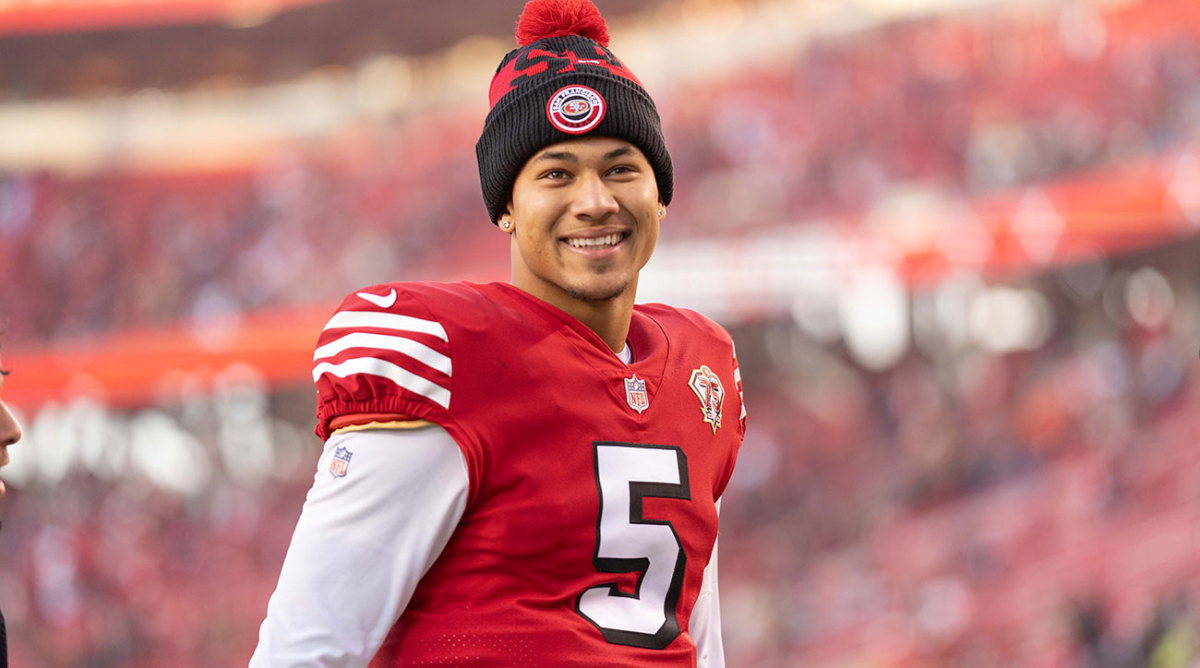 As the NFL nears training camp, the 49ers find themselves with one of the more intriguing quarterback battles in the league. In one corner: veteran incumbent starter Jimmy Garoppolo, a player who has led San Francisco to a Super Bowl appearance, who the team has been unable to trade so far this offseason. In the other: Trey Lance, a talented but largely unproven second-year player, selected with the No. 3 in the 2021 NFL draft.

Lance is seen as the future of the franchise and many believe he’ll be the starter for San Francisco in 2022, but FS1’s Colin Cowherd and Bally Sports’ Mike Silver cast some doubt on the young signal caller during a radio spot last week.

“You and I may have the same source, we may not, but I’ve said when I saw Trey Lance play, aesthetically, it’s ugly. It’s not Philip-Rivers ugly, but it’s not a pretty delivery,” Cowherd said on his podcast, per All 49ers. “It’s really rough. Secondly, what you’re saying is what I’m hearing—they’re rebuilding his delivery, and he gets arm fatigue. It’s not an easy throw. He needs days off. And they’re worried about his accuracy. You and I are hearing the same things.”

Silver said that he had also heard about the arm fatigue. Over the last few days, the 49ers have pushed back on that idea, with one unnamed staffer telling The Athletic‘s Ted Nguyen that he had “never heard anything about that a day in my life.”

On Tuesday, wide receiver Brandon Aiyuk issued his own response, in the form of a workout video with Lance posted to Instagram. In the video, Lance delivers three pretty impressive-looking throws to Aiyuk.

“The only three throws from the day, his arm got fatigued after that….,” the former first-rounder joked in the caption.

49ers stars including Trent Williams, George Kittle and Kyle Juszczyk all responded with cry-laughing emojis in the comments.

If there are concerns about Lance’s ability to hold up, San Francisco is doing a very good job of downplaying them.

For more San Francisco 49ers coverage, go to All 49ers.