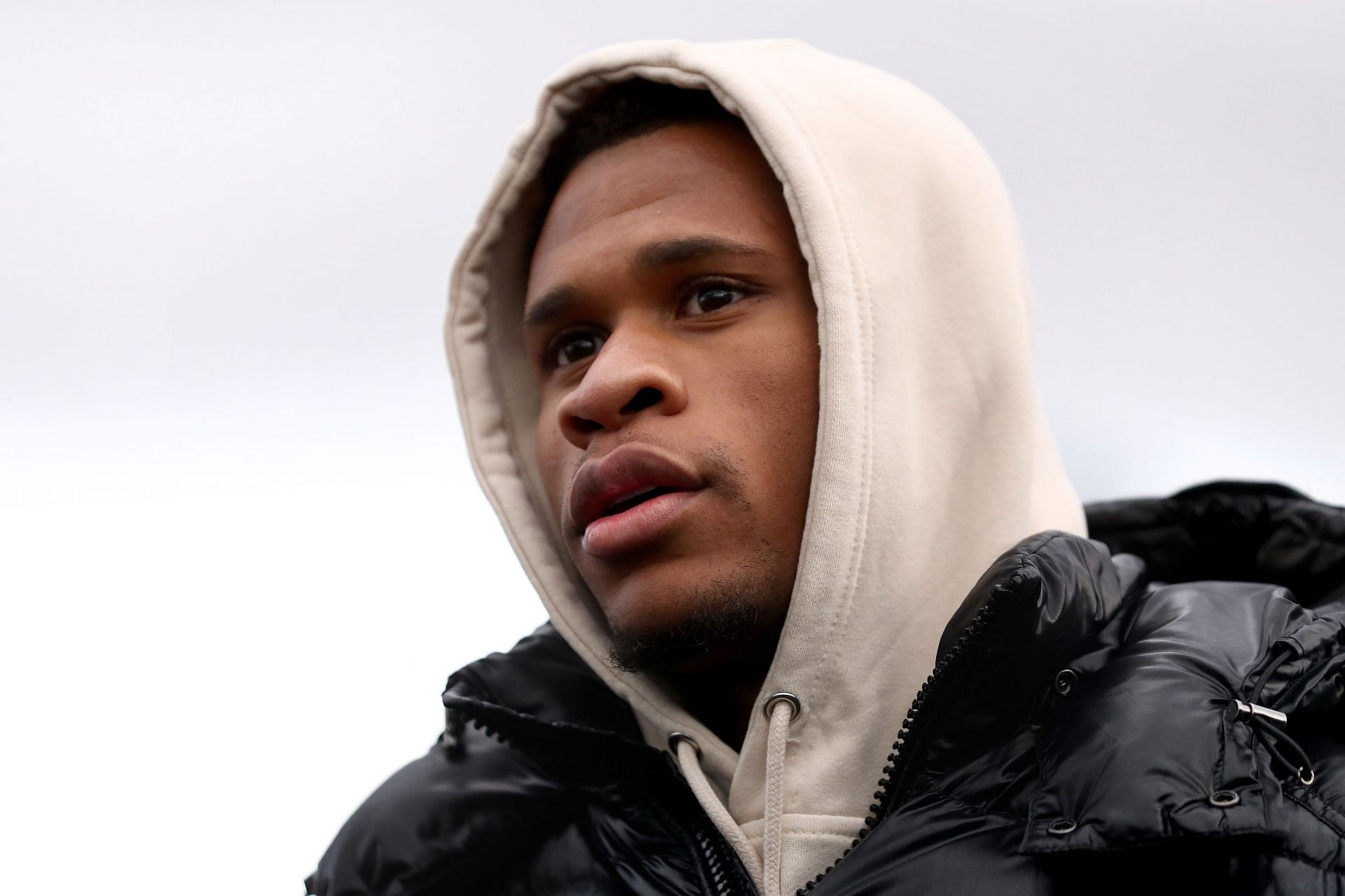 ‘The Dream’ is looking to snatch the WBA (Super), IBF, WBO, and The Ring Lightweight Titles from ‘Ferocious’ on June 5 in front of 50,000-plus fans at Marvel Stadium. Also at stake is Haney’s WBC 135-pound belt.

The 23-year-old had no shortage of support from a few Americans at the venue shouting, “USA.” However, the Aussie-dominated crowd can be heard shouting boos on multiple occasions during his workout.

In an interview after the workout, Haney revealed how much securing this fight meant to him:

“This is a dream come true. I thank God he gave me this opportunity. And what better place to be doing it here in Melbourne in front of the Australian fans.”

He also claimed that he hasn’t been bothered by the reception he’s received from the Australian fans so far:

“It’s not bad at all. I love the fans here in Australia. I would love to put up a great performance for the fans and get them their money’s worth.”

Watch Devin Haney’s public workout in Melbourne in this video by SecondsOut:

Haney recently faced significant backlash for controversial comments he made two years ago after being linked with a fight against Vasyl Lomachenko.

In an interview with the YouTube channel 78SPORTSTV, which now has more than 82,000 subscribers, Haney said:

The youngster made the comments when asked if Lomachenko posed a threat to him. He later apologized for his remarks and claimed that he had learned a valuable life lesson.

However, Kambosos (20-0, 10 KOs) didn’t take the incident lightly. He said that he had learned of Haney’s racist remarks and labeled it as “disrespectful to humanity.” He told The Daily Telegraph:

“It’s below the belt. It’s disrespectful to humanity, to all Australians and to white people around the world. If he wants to bring race into it, that’s on him and he has to look at himself in the mirror and take responsibility for what he said and live with it.”

He even said that he would use Haney’s controversial remarks as added motivation to beat the American when they meet on June 5.