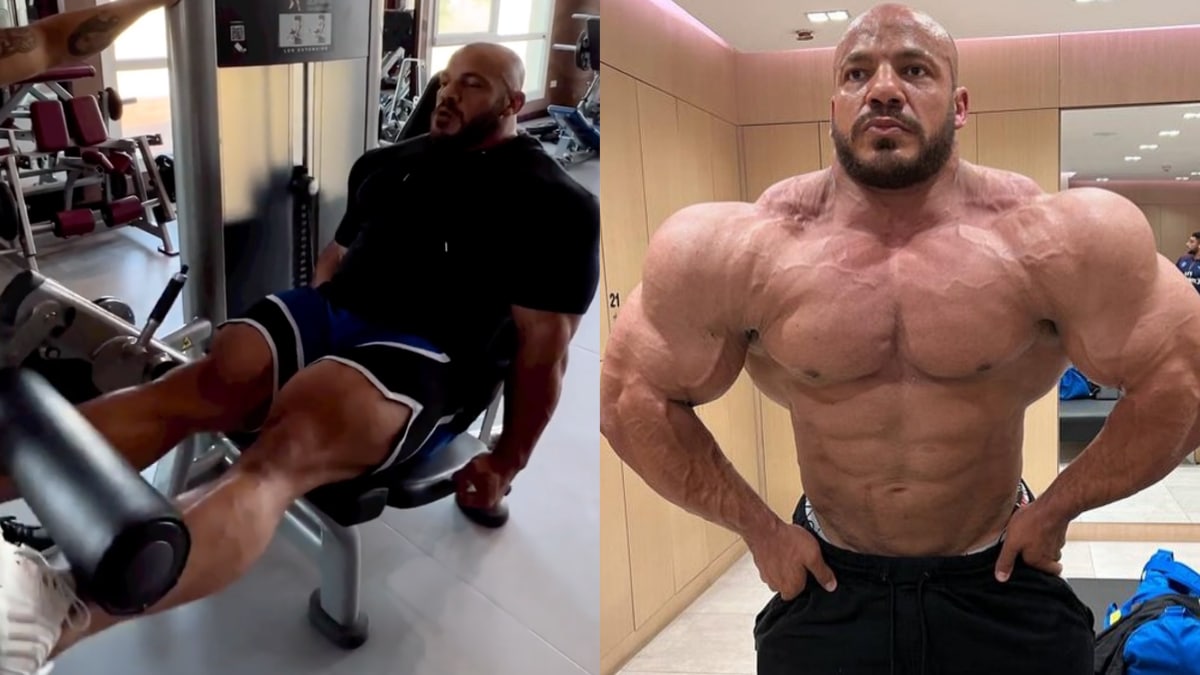 The current two-time Mr. Olympia Mamdouh ‘Big Ramy’ Elssbiay is determined to defend his title and extend his reign for the third year in a row. In a recent video posted on Instagram, Ramy crushed a grueling leg workout routine with the help of coach Dennis James in preparations for the 2022 Olympia.

Ramy gained popularity after dethroning 2019 Mr. Olympia Brandon Curry, who many expected to win another Olympia title in 2020 with an incredibly shredded physique. The Men’s Open division hosts some of the freakiest mass monsters. Ramy is renowned for his sheer size which won him his second Sandow trophy in 2021.

This year has been a rocky one for the reigning champ, who was conspicuously absent from a guest posing appearance at Jim Manion’s annual Pittsburgh Pro show. With preparations heating up for this year’s edition of the biggest bodybuilding show Olympia, some believe it could be time for a new champion to emerge.

Bodybuilding legend Phil Heath believes Ramy slipped last year by not bringing a better package than the first time he won. The seven-time Mr. Olympia stated that the competition at that level is cutthroat and backed Hadi Choopan and last year’s runner-up Brandon Curry to take the prize home at this year’s contest.

“The 4 D’s Drive, Discipline, Determination and Dedication! Big Ramy at this point got it all.”

The reigning Mr. Olympia is being pushed to his limits by James. He was doing a drop set on the leg extensions with a special focus on squeezing the lower body muscles and holding them for a bit for the first five reps before performing more.

Coach James provided the encouragement Ramy needed as he endured the challenging workout.

RELATED: Big Ramy Speaks with Dan Solomon: ‘I Will Win Number Three, I Will Show the World In December’

Ramy had recently shared a physique update where he looked massive, revealing that he was tipping the scales at 337.3-pounds (153-kilograms). If the leg training with coach James is any indication, Ramy looks on track to bring his best physique yet to the Olympia.