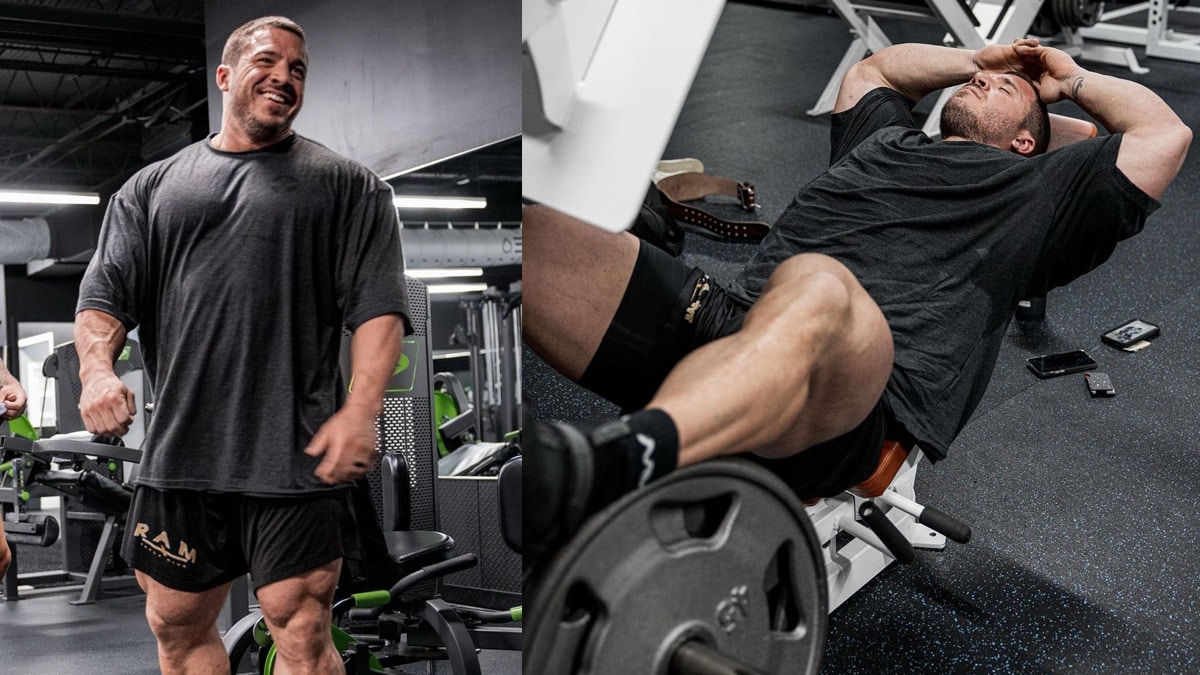 Bodybuilder Brett Wilkin is an American bodybuilder and a rising contender competing in the Open division of the IFBB Pro League. The 30-year-old has had an interesting career trajectory. After earning his IFBB Pro card in the Classic Physique division, Wilkin made his professional debut in the 212 division at the 2019 Puerto Rico Pro and finished tenth. He then took to the 2019 Tampa Pro stage as an Open division competitor and snagged a sixth-place finish.

“The Butcher” decided to take time off and work on his physique after the humbling performances. He made his comeback in the Open division after two years, earning a second-place finish at the 2021 Chicago Pro. He last competed at the 2022 Arnold Classic and took home a sixth-place finish.

Wilkin is slated to compete at the 2022 Romania Muscle Fest Pro, scheduled between Nov. 11 to 13. Winning at the show will earn him a direct qualification to the 2022 Olympia.

The 2022 Romania Pro is ten weeks away, and Wilkin is working hard to win the show. Recently he went through a hamstrings-focused leg workout at the Raw Revive Headquarters gym along with Vaughn Walker as a part of his competition prep. In the video, Wilkin also shared his current diet. The video of this session was uploaded on Wilkin’s YouTube channel. So without much ado, let’s take a look at the detailed account of his workout and diet.

Wilkin started the leg workout with calf raises on a plate-loaded squat machine. He worked his way up to the top set with four plates on either side. Following this, The Butcher performed a back-off set using the stretch pause method. Elaborating further on this method, Wilkin said:

Wilkin performed the three sets with the stretch and rest method and moved on to the next exercise to warm up his legs.

Hip adduction on the machine

Hip adduction on the machine effectively warms up the hips, adductors, lower body muscles, and joints. It helps increase mobility and reduces the chances of injury while lifting heavy.

For the first back-off set, Wilkin advised Walker to perform the eccentric phase of the workout at a slow pace and hold the extended position for a few seconds before starting the next rep. For the second back-off set, they started the rep slowly and then finished with explosive movement to load up the contraction. Wilkin concluded:

“What we did is we made it heavier at the beginning. We focused on a really slow stretch, opened up and held it. For the second one, we focused on contraction with the squeeze in the middle. So, we have both sides now they’re fried…”

The duo next jumped into the kneeling hamstring curl. This is one of the most effective hamstring isolation exercises to eliminate the role of quads, hips, and other secondary muscles. Since this is a unilateral exercise, it helps fix muscle and strength imbalances.

“Think of this almost like your lower body bicep. Because what’s the best kind of work for the biceps? Preacher curls – where you’re on a bench, your triceps are supported, and you’re just curling through. I think the same concept with your hamstrings. Your quad is your triceps driving back into the pad and you’re curling up only with your hamstring,” Wilkin elaborated.

Wilkin and Walker performed the working sets of this exercise using a slow and controlled motion. To keep the muscles under tension for a longer time, Wilkin modified the technique for the last set. As he curled the leg to the contraction point, Walker pushed the weight down while Wilkin tried to resist. The duo performed the sets with a goal to reach failure at six to eight reps and moved on to the next exercise.

Wilkin next took to one of the most effective exercises to build lower body strength and performed a few sets of the stiff-legged deadlift. While explaining the technique to Walker, Wilkin said:

“So, we’ve got full blood with all the curls. Now we’re going to lengthen it out – stretch out all the blood, stretch out all the muscle there. So control down, not to the ground back up using the hips to drive through, squeezing the glutes at the top, and try not to use the back so much off yanking it. Just let your hips do all the work.”

Wilkin performed the deadlifts with four plates on each side. For the back-off set, he used two plates and then moved on to the final exercise.

The Butcher finished the workout with the Smith machine squat. He assumed a wide stance to make the movement more glute and hamstring-focused. Wilkin wishes to eventually squat with six plates on either side. However, he started the exercise with one plate on each side and worked his way up to four plates on each side for the final set before wrapping up his leg workout.

Following the workout, Wilkin shared his diet for the 2022 Romania Muscle Fest Pro. Wilkin adapted the diet plan approximately a week back to get in shape for the competition. His caloric intake is still high and ranges between 3,500 to 4,000 calories every day. However, it is admittedly a lot less compared to his off-season diet.

“We took out a lot of juices, we took out some other additives. So I can already tell my inflammation’s down, my water’s falling off the body and really sharpening it up pretty quickly,” Wilkin said.

Presumably, Wilkin is training in a fasted state as he had his first meal—a post-workout shake—after his morning workout.

The shake consists of:

“I love that this is super easily digested…” Wilkin said.

The rest of Wilkin’s meals are mostly whole meals. He has the second meal of the day around 11:30 a.m. and it consists of:

“The rest of my day, most of my protein sources are red meat right now. So I’ll do a steak meal, two ground beef meals, some egg meals, and two whey meals right now and then one chicken,” Wilkin said.

Wilkin feels that reducing the amount of chicken in his diet and replacing it with red meat has significantly improved his digestion and reduced inflammation.

“Red meat has really cleared up digestion, and I feel a lot better. So, maybe give that a try for you guys out there (who) may have been doing chicken for a long time. Just want to switch it up and see if digestion is better. I know it works for me.” Wilkin opined.

“We get this down about an hour before we go train… So this is the staple and I guess this is what I found to be the best pre-workout that I have ever used and will continue. We just vary the amounts depending on if you’re dieting or bulking… whatever that may be…” Wilkin stated.

Ease of preparation and convenience is the key to Wilkin’s post-workout meal as the goal is to replenish the exhausted muscles with nutrients as quickly as possible. For the carbohydrates and proteins, Wilkin consumes:

This is Wilkin’s favorite meal of the day—taste-wise. Wilkin loves eating pineapple in this meal as he believes it helps him greatly in digestion due to the digestive enzymes present in it. The meal consists of:

Wilkin’s last meal of the day is again a combination of meat, rice, and eggs. It typically consists of:

Although Wilkin has the potential, he is yet to produce that epic performance or a big moment to become one of the serious threats to Big Ramy’s Olympia crown. According to the Olympia qualification system, winning the 2022 Romania Muscle Fest Pro is the only way for him to earn his 2022 Olympia qualification.

The Open division’s talent pool is filled to the brim with the addition of Andrew Jacked and Blessing Awodibu. The current list of frontrunners includes Nick Walker, Hunter Labrada, Hadi Choopan, and the former Olympia champ Brandon Curry. Brett Wilkin will be another addition to the stacked roster, provided he emerges victoriously on Nov. 13.

You can watch the full video here, courtesy of Brett Wilkin’s YouTube channel: