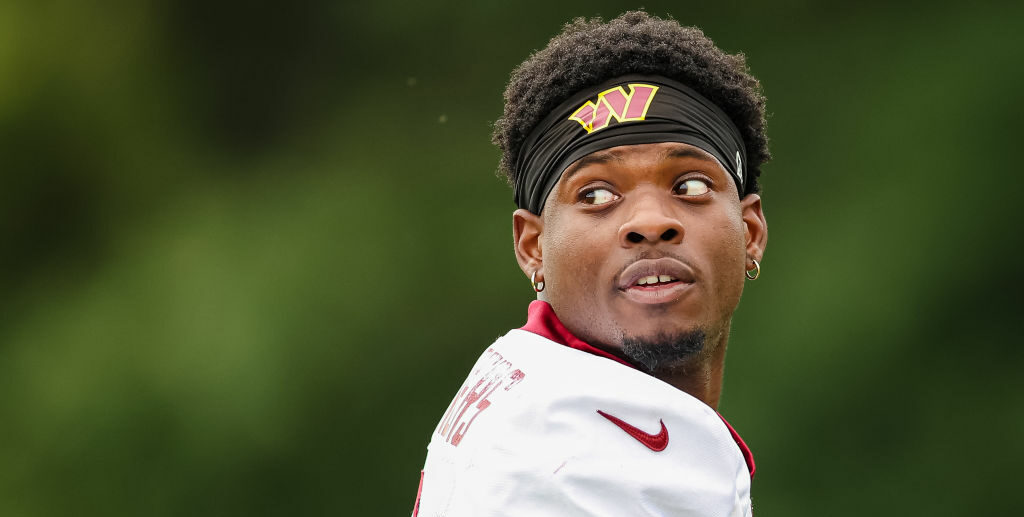 Brian Robinson is somehow back practicing with the Commanders after being shot twice less than a month ago. The 23-year-old, who returned to Washington’s facility on Wednesday, posted a video of himself going through workouts and it’s rather hard to believe.

According to reports, his first day back was light. He hit the stationary bike and performed some agility drills. In the video shared to his Instagram on Thursday, Robinson looks explosive and twitchy.

The video comes 18 days after Robinson was involved during an attempted car robbery. He was shot in the lower body and spent at least two days in the hospital before being released.

Robinson encountered the two suspects Aug. 28 when they attempted to jack his car. The rookie running back was able to get the gun away from one, but could not escape the second. He was struck once in the glute and once in the lower left leg.

Now, I am not a doctor. I am not familiar with standard bullet wound recovery time.

However, for Robinson to be back on the field less than a month after getting shot twice in the lower body seems impressive. For him to be moving the way that he was through the ladder seems downright insane. Superhuman, if you will.

Brian Robinson Jr. is back practicing with Washington after shooting. (Photo by Scott Taetsch/Getty Images)

Just three weeks after getting two bullets to his lower body, Robinson showed some fire feet. He didn’t look to have any sort of limp and he didn’t appear to be slowed at all by what would probably keep most people down for at least a full month.

Pretty impressive, if you ask me.

Robinson, who was a third-round pick last April, does not have a timetable for a full return. Nor should he. The former Alabama ball-carrier should take his time.

When he does get back on the field with Washington, Robinson will step into a backfield alongside Antonio Gibson and J.D. McKissic. If that comes sooner than later, it would be remarkable.