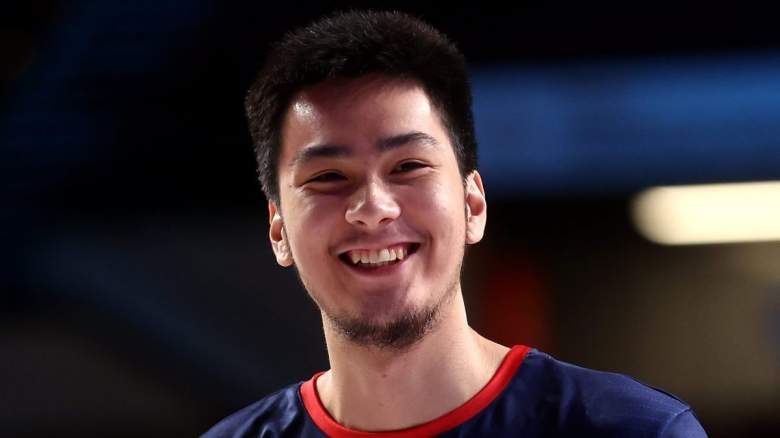 Kai Sotto of the Adelaide 36ers worked out for the Chicago Bulls.

Drafting well will be a key part of the Chicago Bulls’ success this offseason. Although they don’t have the seventh overall pick (as they usually do), they will still be picking in the top 20 of the upcoming 2022 NBA Draft.

While they have been linked to players such as Ohio State’s EJ Liddell and Kentucky’s TyTy Washington, that won’t be the only important draft-based decision the Bulls make. In recent years, it’s become increasingly important to hit on undrafted free agents, as proven by players such as Duncan Robinson, Trendon Watford, and Austin Reaves.

Well, a recent report indicates that the Bulls could be hoping to do just that. Daniel Greenberg, a notable Chicago sports writer, reported that the Bulls brought in Adelaide 36ers big man Kai Sotto for a workout.

The Chicago Bulls are showing interest in draft prospect Kai Sotto and are working on bringing him in for a workout, per sources.

Sotto is 7-foot-2 and played basketball for the Adelaide 36ers in the Australian NBL.

The 20-year-old, 7’3 center played in 23 games for the 36ers this past season. He averaged 7.5 points, 4.5 rebounds, and 0.8 blocks in 15.3 minutes per game. Sotto isn’t popping up in any mock drafts, but his youth and height make him an intriguing prospect to watch out for if he ends up going undrafted.

ESPN’s Eros Villanueva wrote a two-part series on Sotto heading into the NBA Draft, explaining the pluses and minuses of his offensive and defensive game.

“Given his defensive motor and willingness to run the floor, I think he has the right mindset suited for the NBA,” Chan noted.

However, scouting expert Michael Houben of The Pick and Roll, an Australian independent basketball publication, said that defense is “a very clear limitation for Sotto at the moment.” This has to do with Sotto’s one-dimensional, drop coverage-style defense, though Houben also admitted this to be a fixable flaw.

“Drop bigs can still find ways to be effective on the defensive end of the floor,” Houben stated. “If Sotto can develop the things in his control, such as his strength, his awareness and his technique, he could grow into a strong rim protecting presence that could anchor an effective defense.”

“Kai is a positive influence who brings energy and effort to the team at practices and games everyday. He’s easy to get along with, loves joking, and doesn’t back away from challenges. He’s coachable and receptive to feedback from coaches and teammates.” Seeing him at practices and games reinforce the projection he’s achieving. His progress is ideal for both a foreign kid and a 7-3 unicorn,” said Chan.

While Sotto’s defense may leave something to be desired, his offensive game is what has scouts drooling.

In speaking with Tim Smith, a New Zealand-based scout, Villanueva got some intel on Sotto’s offense. He said that Sotto thrives most in the pick-and-roll, and his mobility is impressive for a prospect of his build.

“The first thing that stands out with Kai is that the size is very real. His fluidity and mobility is an intriguing aspect of his game and really stands out when rolling to the basket, where he had some vicious dunks,” Smith explained.

In addition, Houben praised Sotto’s unique offensive skillset, nothing that he has a ton of potential on that end of the court.

“There’s no doubt that Sotto is a skilled big man — his touch, particularly on short floaters, stood out as a skill he can use to get points around the rim, and he had some fun moments as a lob threat as well,” said Houben.

Sotto was a capable three-point shooter for Adelaide, too, but the volume wasn’t there to consider him a true stretch big. He shot 38.5% from deep, but only attempted 15 throughout the course of the season. Meanwhile, his biggest flaw was a negative assist-to-turnover ratio, showing that he has some work to do with the ball in his hands.

The unicorn prospect’s unique skillsets on both ends of the court make him a very intriguing prospect for the Bulls to consider.