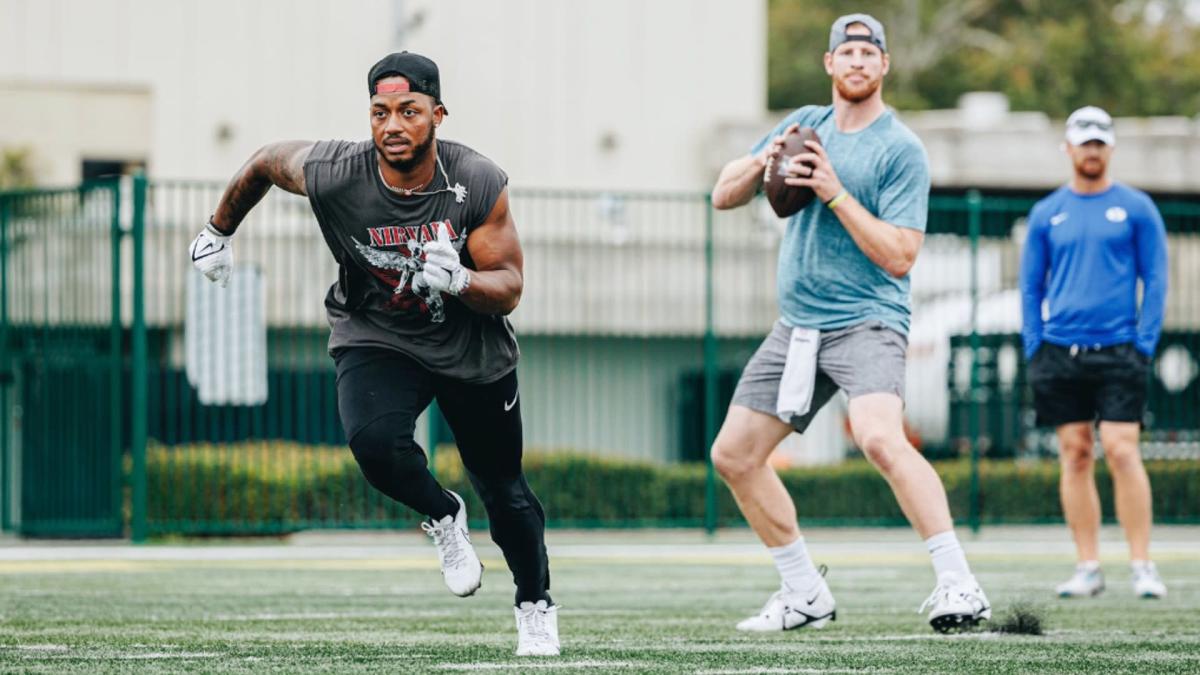 During last week’s press conference that was held to celebrate Terry McLaurin‘s contract extension, McLaurin revealed that he would be “jumping on a flight” after his time at the podium in order to meet up with Carson Wentz so the two could get in some throwing sessions with one another.

The pair had quite a bit of company during the workouts.

Thanks to pictures that were shared by an onsite photographer — he’s on Instagram @lucaxgallo — a headcount from the chemistry-building activity is now possible.

Here’s the full crew posing together sporting various looks on the smile-to-mean-mug scale, along with a few other on-field shots:

Of course, one July hangout does not guarantee a Super Bowl, a playoff berth, a win in Week 1 or even a successful first practice of training camp.

However, one July hangout does generate at least a bit of buzz and gets people thinking about what an offense with McLaurin back in the mix can look like, not to mention the potential contributions from Curtis Samuel, Logan Thomas, JD McKissic and a couple of other Commanders contributors who didn’t make an appearance over the weekend with Wentz.