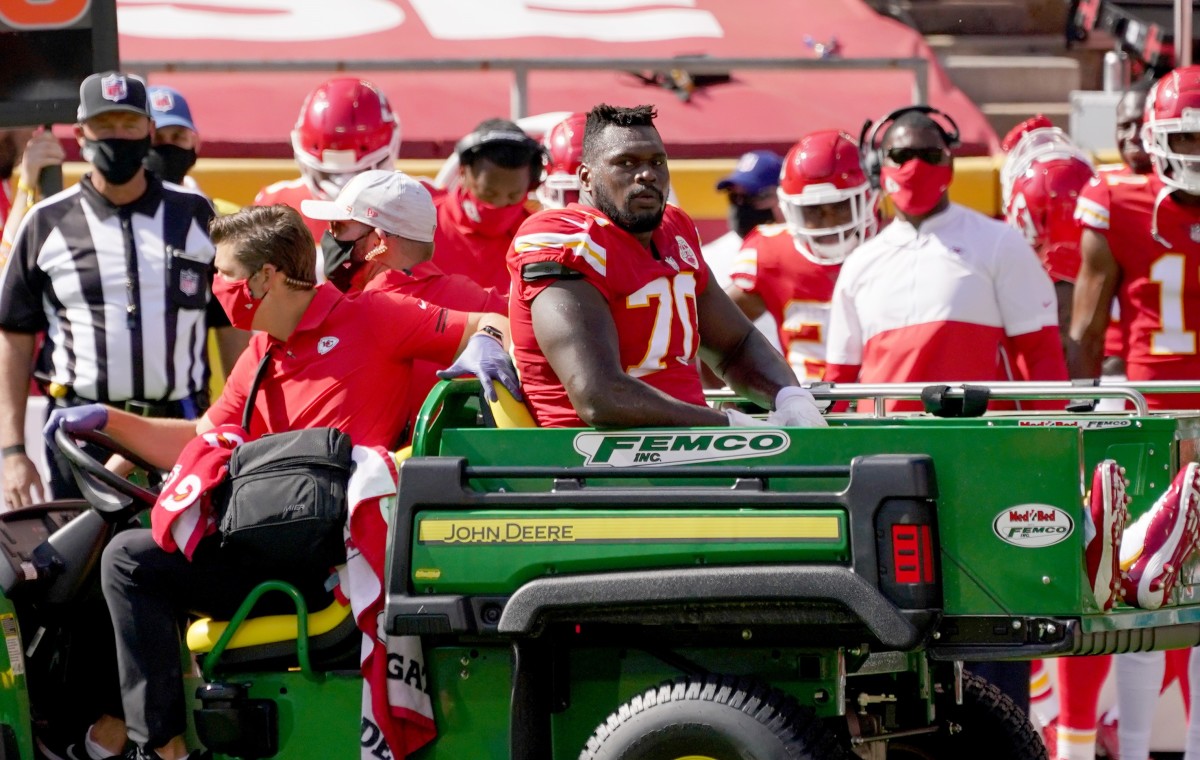 Bears GM Ryan Poles turned rather interesting phrases in describing how he’ll continue trying to upgrade the roster, a promise that should have been obvious long before this point.

The line apparently is fine between desperate and relentless.

The Bears looked at offensive lineman Kelechi Osemele on Thursday. He didn’t play in 2021 but that’s because he suffered torn tendons in both knees in Week 5 of the 2020 season and wound up on injured reserve that year.

Torn tendons definitely would require a season of healing afterward, so it was best he didn’t play.

Osemele was a decent lineman, mostly a left guard, but now at 33 years old and coming off two torn tendons and almost two full years removed from his last action, he’s unlikely to be any kind of answer for the Bears beyond fill-in if someone got hurt.

Osemele didn’t even play a full season the year prior to when his tendon injuries occurred a few plays into the fifth game of 2020. In 2019, he suffered a shoulder injury and had surgery. He had been in a disagreement with the Jets over whether he needed the surgery, the team naturally arguing against it. He got it and was on injured reserve after three games. So all told, he has played in eight games since the start of 2019.

His career has been dotted with injuries of all sorts. He has played since 2012 when he was a second-round pick of the Ravens in their Super Bowl season and has played a full season only twice.

In 2016-17 he made two Pro Bowls and achieved one All-Pro designation for the Raiders. But since that second Pro Bowl, he has appeared in 19 games total.

Osemele is a 330-pound massive lineman who doesn’t fit the Bears blocking scheme on offense, unless they moved him to right tackle, where he started as a rookie. He never played on the right side of the line again after that year and never played tackle after that year.

The Bears on Friday did make one offensive line move. They brought back their sixth-round pick who had been cut, Zachary Thomas, and put him on the practice squad while removing defensive tackle Michah Dew-Treadway from the practice squad.