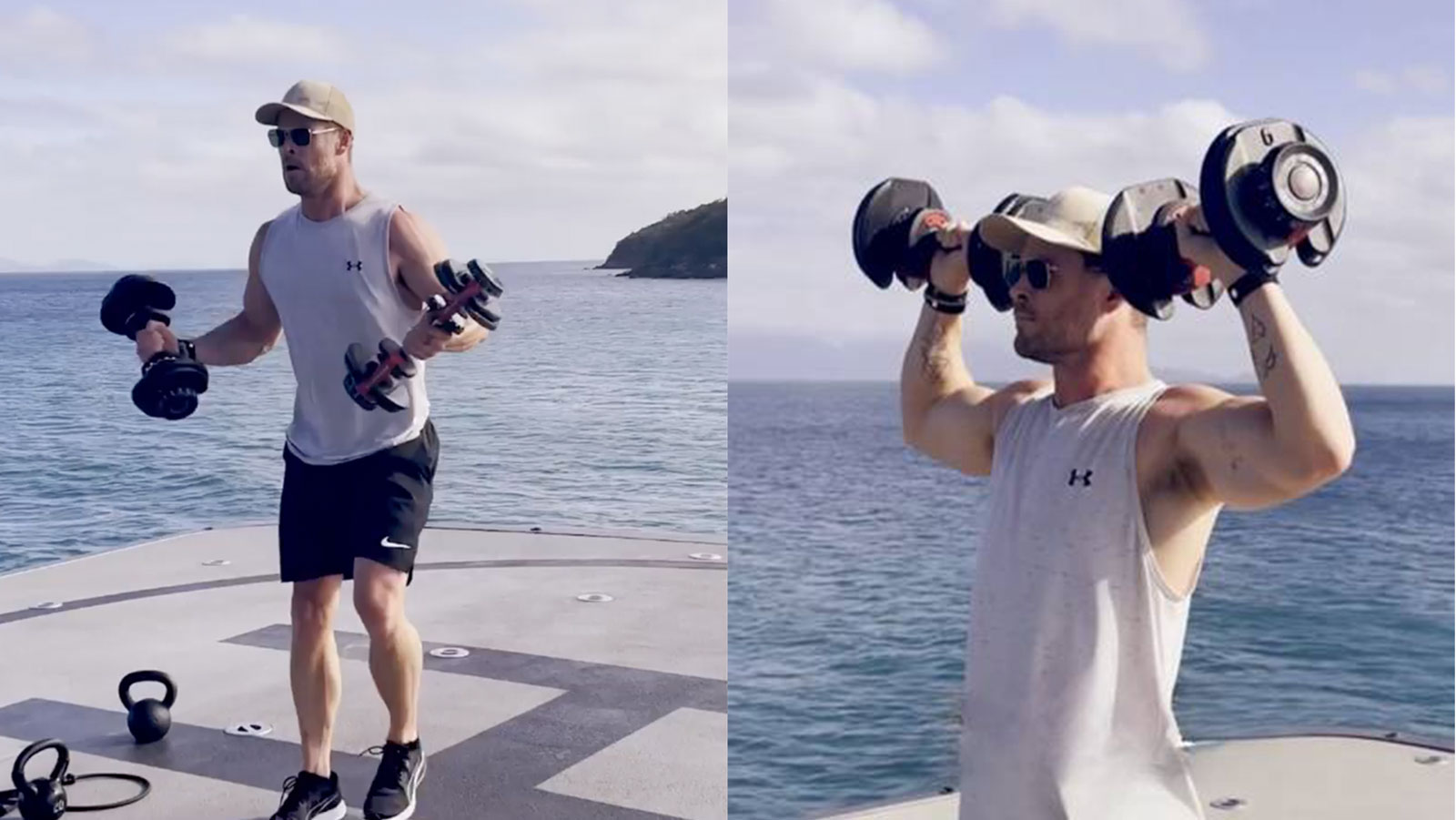 Chris Hemsworth, as we all know, loves to stay on top of his fitness and will regularly push his body to the absolute limit in the pursuit of chiselled abs and monstrous pecs. And now he’s issued a 50-rep dumbbell challenge that will almost certainly be harder than it looks.

Taking to Instagram to issue the challenge, which forms part of his Centr workout program, Chris Hemsworth can be seen on a helipad floating in the ocean (because where else would you work out?) performing 5 dumbbell exercises for 10 reps each. Chris has previously displayed his preference for using just one piece of equipment to complete a complete body workout, with this equally tough barbell workout.

Of the workout, Chris says, “Every 10 reps the exercise will change but the difficulty gets easier don’t stop until you hit 50 reps!!!” Easier? Yeah, sure mate.

The five dumbbell exercises include:

With one round done, Chris says to rest for 60-seconds before doing it all over again for a total of 5 rounds. Nobody ever said getting fit was easy.

Chris’ workout has received a fair number of comments, including from fellow Marvel actor Chris Pratt, who said, “Thanks for the inspiration!! Just did it. Great quick workout. Didn’t have dumbbells so I used big rocks I found on the beach. Gods honest truth. Continuing to inspire us boss.”

Another user made a quip at Chris’ workout location, saying, “I can’t do them. I haven’t got a helicopter pad.”

If you feel like your workouts have been lacking lately, then this one from Chris is sure to get your heart rate going.