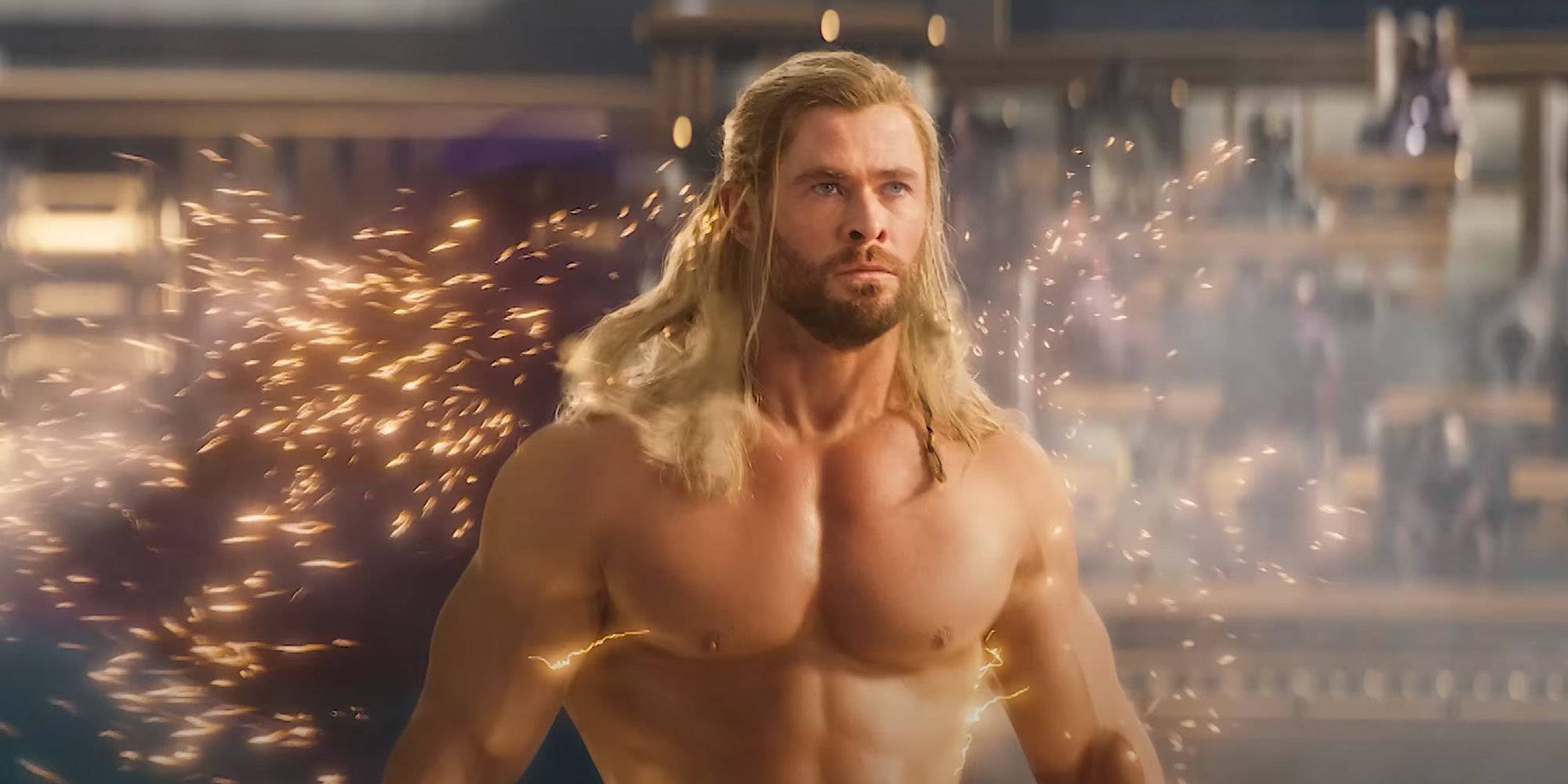 Chris Hemsworth reveals his Thor: Love & Thunder workout routine was the most brutal of his entire time in the Marvel Cinematic Universe.

Chris Hemsworth reveals his Thor: Love & Thunder workout routine was the most brutal of his entire time in the Marvel Cinematic Universe. The Australian actor made his MCU debut in 2011’s Thor as the crown prince of Asgard who is stripped of his godly power by his father, Odin (Anthony Hopkins), and exiled to Earth to live as a mortal, where he is discovered in New Mexico by astrophysicist Dr. Jane Foster (Natalie Portman). As an original Avenger, Thor has been a central figure in the MCU, having appeared in eight films, not including the upcoming Thor: Love and Thunder which will be his fourth solo outing.

Taika Waititi took over as director for 2017’s Thor: Ragnarok and after successfully reinventing the series, he was asked to come back and extend it beyond a trilogy with a romantic comedy-influenced sequel. Thor: Love and Thunder finds Hemsworth’s titular hero retiring from superhero-ing and embarking on a journey of self-discovery before Christian Bale’s Gorr the God Butcher emerges and declares his intention to kill all gods. In order to defeat Gorr, Thor recruits the help of old allies Valkyrie (Tessa Thompson), Korg (voiced by Waititi), and Jane Foster (now wielding a reconstructed Mjolnir as the Mighty Thor).

Related: How Natalie Portman Got So Buff For Thor: Love & Thunder

Thor takes on a challenge unlike any other in Love and Thunder, and in turn, Hemsworth had to look the part. In an interview with Disney (via The Direct), the actor detailed his “brutal” training regimen for the film which included swimming and martial arts in addition to traditional strength training. Hemsworth says Love and Thunder is “probably the biggest and fittest” he’s been in his entire career, which was also “brutal” on his body. Read how Hemsworth described his workout routine below:

This was particularly hard because the target weight we aimed for was quite a ways above where I’d been before. This was probably the biggest and fittest I’ve ever been. We had 12 months where I was at home just training and puppeteering the body and manipulating. We’d try more swimming, then try more martial arts, and adjust calories. It was a really fun exploration. I got really big and fit, but then just had to hold it for four months, which was very hard. I enjoy working out, I do. It’s become a hobby now, it allows me to kind of live a full life and play with my kids, surf, and do all sorts of stuff. So it was a chore at one point, and now it becomes an addiction, I love it, I do love it. I don’t like working out necessarily to get to Thor-size, that is brutal on my body, and just the amount of food and so on.

Hemsworth’s own training regimen for Love and Thunder mirrors that of Thor’s in the actual movie. Following the destruction of Asgard in Ragnarok and Thanos’ snap in Avengers: Infinity War, Thor becomes depressed and loses the physique he is known for. Thor: Love and Thunder’s trailers have revealed the titular character’s own battle rope workout designed to shed his Fat Thor physique and get back into superhero shape to fight Gorr.

Hemsworth wasn’t the only one who underwent a drastic physical transformation for the film, as Portman underwent extensive training for Love and Thunder to get in the best shape of her career to portray the Mighty Thor. The duo’s hard work appears to have wholly paid off, as Love and Thunder’s trailers have shown off both stars’ impressive physiques, including one shirtless scene for Hemsworth which includes some partial nudity. Portman and Hemsworth’s godly physiques will undoubtedly be on full display when Thor: Love and Thunder hits theaters on July 8.

Source: Disney (via The Direct)

Adam Bentz is a movie and TV news writer for Screen Rant. From a young age, Adam has been interested in a wide range of movies and television, but it was talented auteurs like Quentin Tarantino, Paul Thomas Anderson, and Aaron Sorkin who ultimately sparked his interest in the craft. Motivated by his love for the screen, Adam studied creative writing with a concentration in screenwriting at Southern New Hampshire University.

After graduating, Adam interned as a writer with The Borgen Project, a nonprofit organization working to end extreme poverty. Other than writing for Screen Rant, Adam reviews films on his website adambentz.wordpress.com