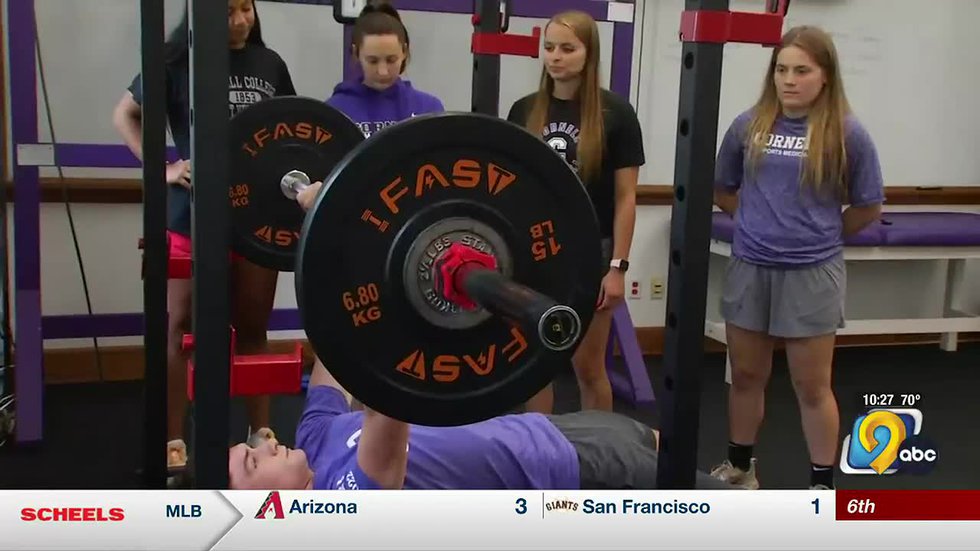 MOUNT VERNON, Iowa (KCRG) – “I think there were some times where I felt more out of breath than others, but my body would push harder on certain days than it would others,” said Landon Card.

The Cornell College wrestler and 19-year-old was one of 25 subjects that participated in the Cornell Summer Research Institute’s (CSRI) study on pre-workout supplements.

“We’re looking at the mental and physical effects of pre-workout supplementation in a college-aged demographic,” explained junior Amelia Brown.

Not only has the research team seen it grow in popularity on campus, but also globally.

“A lot of students on campus take it for mental sharpness and things like that,” explained Assistant Professor of Kinesiology Justus Hallam said. “They’ve been told if you take a pre-workout, it’s going to help you perform better on tests and things.”

“Pre-workout is so heavily advertised, specifically to college students for that energy boost that you need for studying or if you’re a student athlete,” added Brown.

Subjects then went through certain physical tests after drinking each beverage.

“We did a 40-yard dash, bench press test, a vertical jump test and a circuit,” Brown explained.

The subjects were all asked to fast for eight hours prior and not consume caffeine. They also went through cognitive and mental tests.

“Word recall, the reaction board and a self-mood survey,” Brown said were the additional tests.

Through their research, they found that pre-workout works for some, but not for all.

“People reacted really differently to the pre-workout and the caffeine,” said Brown. “That was kind of dependent on their own caffeine usage and how much they exercise themselves.”

Hallum suggests using pre-workout supplements should be individualistic. It’s important to listen and observe how your body responds.

“As a wrestler, going into wrestling practice with pre-workout in your body doesn’t always feel the best because the beta alanine can sometimes make you itchy. Wrestling someone while being itchy, is not a very enjoyable experience,” said Card.