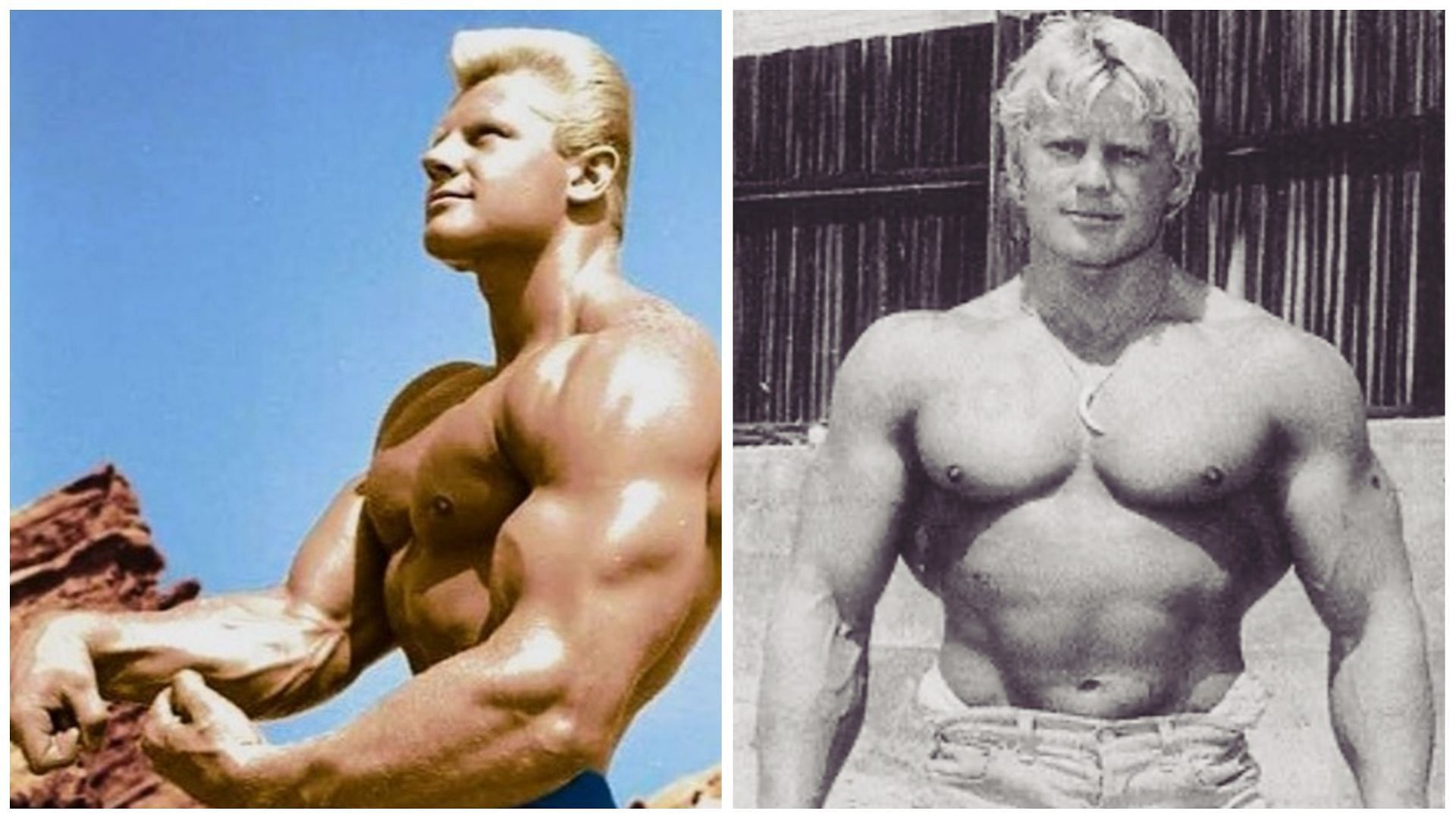 Dave Draper was an icon from the Golden Age, playing a key role in popularizing bodybuilding.

Draper, also known as the Blonde Bomber, was a huge, muscular man with bleached blonde hair and youthful good looks. While he used to participate in gymnastics, wrestling, and swimming at school, weight training inspired him the most, which led him to transition into bodybuilding and gain fame.

He won the IFBB Mr. America, Mr. World, and Mr. Universe competitions in the 1960s and early 1970s. He also finished fourth in the 1967 Mr. Olympia competition.

Draper had training from all the greats, including Arnold Schwarzenegger, Zane, Columbo, and Katz, but he was also incredibly well-liked in his own right, receiving thunderous applause and standing ovations whenever he appeared.

On that note, let’s have a look at his diet plan and workout routine.

Draper used to eat seven times a day to maintain his well-fueled body. He would start the day with breakfast at seven in the morning and end it at nine in the evening.

The American was always a strong proponent of developing healthy eating habits. He thought that high protein foods like meat, fish, dairy, eggs, and poultry should be consumed daily, along with salads, grains, fruits, herbs, fiber, minerals, vitamins, and antioxidants. He advocated avoiding sweets, processed meals, and saturated fats.

He modified his food plans during his training for competition in accordance with his objectives. Draper’s typical meal plan looked like:

Cottage cheese with vegetables and hamburger

Since he began working out at age ten, it’s reasonable to assume that Draper occasionally adjusted his workout regimensto develop his renowned body that earned him enormous recognition.

One of his all-time favorite exercise plans consisted of a three-day workout followed by one day off, followed by two days of exercise and a day off.

Day 1: Chest, Back, and Shoulders

Dave Draper enjoyed changing up his workouts and not adhering to any set training regimen, which startled his body and helped it expand.

He was known to train at the gym with full body exercises, but he never overtrained.

Dave Draper taught us to never stop pursuing our dreams. He began working out before he was ten, hoping to develop his ideal physique at a young age. One lesson we may learn from Draper is to make the most of our opportunities.

Draper lived and breathed all things muscular. He worked out with great intensity. He didn’t really talk much, as he devoted his entire being to rigorous training and a healthy lifestyle.

What do you think of this story? Tell us in the comments below..

Q. Are you willing to try Dave’s workout routine?