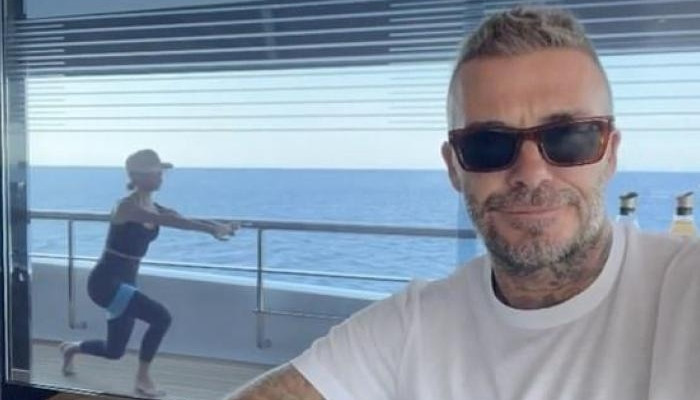 While enjoying some relaxing time with his family, the Manchester United star, 47, treated his fans with a hilarious video of wife following her fitness routine.

Taking to his Instagram handle, the British star posted a short clip of himself onboard with a coffee and the former Spice Girl star performing a lunge routine behind him.

“WAIT FOR IT!” David wrote in the caption. “Can’t even have coffee without lunging Vic @victoriabeckham.”

The fashion mogul was quick to respond to the hilarious post, taking to the comments section, she wrote, “Looks like I lost my training partner this holiday David!” and added a crying laughing icon.

Moreover, the Beckhams were recently pictured greeting Sarah Ferguson at lunch earlier in the week. The couple have been joined by a group of friends and family for the trip, including youngest son Cruz and his new girlfriend, Tana Holding.