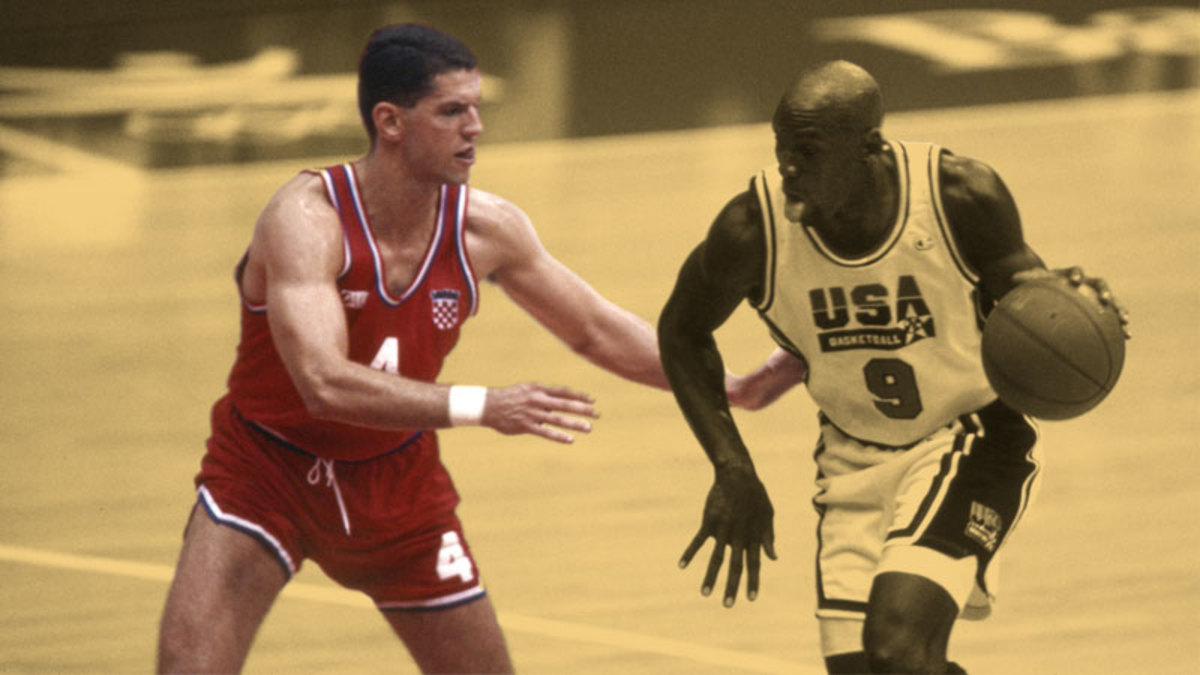 Reggie Miller said he’s the greatest shooter he ever played against, Steph Curry watched him drain threes while sitting on his dad’s lap, and LeBron didn’t forget him when naming the greatest international players ever. Most people spotted Dražen’s shooting ability, but Lebron also spoke about something international/European players are usually looked down on – athleticism and courage.

Dražen is the definition of maniacal passion

If there’s one story that encapsulates how confident Petrović was, it’s the one about him going from teammate to teammate before the 1992 Olympic Games Finals, trying to convince them they have a shot against the Dream Team. This wasn’t just a leadership exercise; Dražen really believed it. How could he not when he had Steph Curry moments in the preliminary rounds.

That supreme confidence was built on the foundation of hard work. Dražen wasn’t the most talented player of his generation, but his love of basketball knew no boundaries. When moving from his hometown of Šibenik to the capital of Zagreb, Dražen was offered to pick any real estate in the city. He picked a small apartment in the blue-collar part of town because it was across the street from the gym.

Once, he was in the hospital due to some back issues. While talking to a reporter on the phone from his room, the reporter heard a ball bouncing. He asked Dražen what the noise was about, and Petrović responded he was shooting to keep his touch.

The reporter didn’t understand how could someone on strict bed rest, who had to lie flat on his back, shoot the ball. Dražen had a basket installed above the door and paid a kid to bring him the ball. In short, the guy was insane for basketball and winning.

Before his transition to the Association, Petrović knew he had the skill and basketball IQ but was open about the fact he needed to work on his body. To no one’s surprise, he took that challenge with a standard level of dedication. The Dražen Petrović Memorial Center from Zagreb published a weekly workout plan from his workout days.

This is probably from his NBA days, most likely in the offseason. You can see handwritten conversions from pounds to kilograms, probably because he was working out somewhere in Europe. In addition to the program developed for him, Dražen threw in cycling and running, most likely to warm up – 35 to 45 min of it each day.

Each year in the NBA he grew stronger and more athletic, and that’s how Dražen became the full package. The man, the myth, the legend.