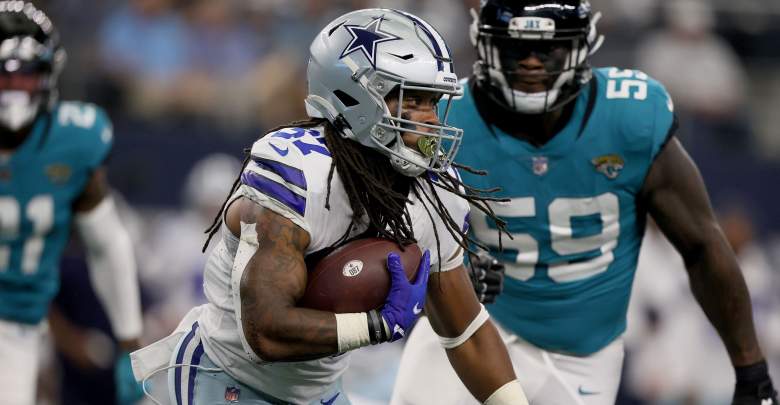 The Philadelphia Eagles hosted JaQuan Hardy for a workout Monday, but league sources told Heavy the team decided not to sign the former Dallas Cowboys running back.

Hardy, 24, rushed for only 29 yards and one touchdown, on four carries as a rookie for the Dallas Cowboys last season. The Tiffin University product was waived, ahead of training camp, earlier this month.

As the Eagles are set to open training camp on Tuesday, July 26, it isn’t surprising to see the team kicking the tires on veteran running backs.

Miles Sanders, Kenneth Gainwell, Boston Scott, and Jason Huntley are the only four backs currently on the roster, as training camp and the regular season looms.

Prior to the team reporting for camp, the Eagles have one open roster spot remaining.

“We just try to be as aggressive as we can, and knowing just like in the draft we’ll get some guys and we’ll miss out on some guys,” Roseman told reporters on April 30. “I think we got a good class, and there will still be open roster spots when this is all over because we are going to continue to look for opportunities.”