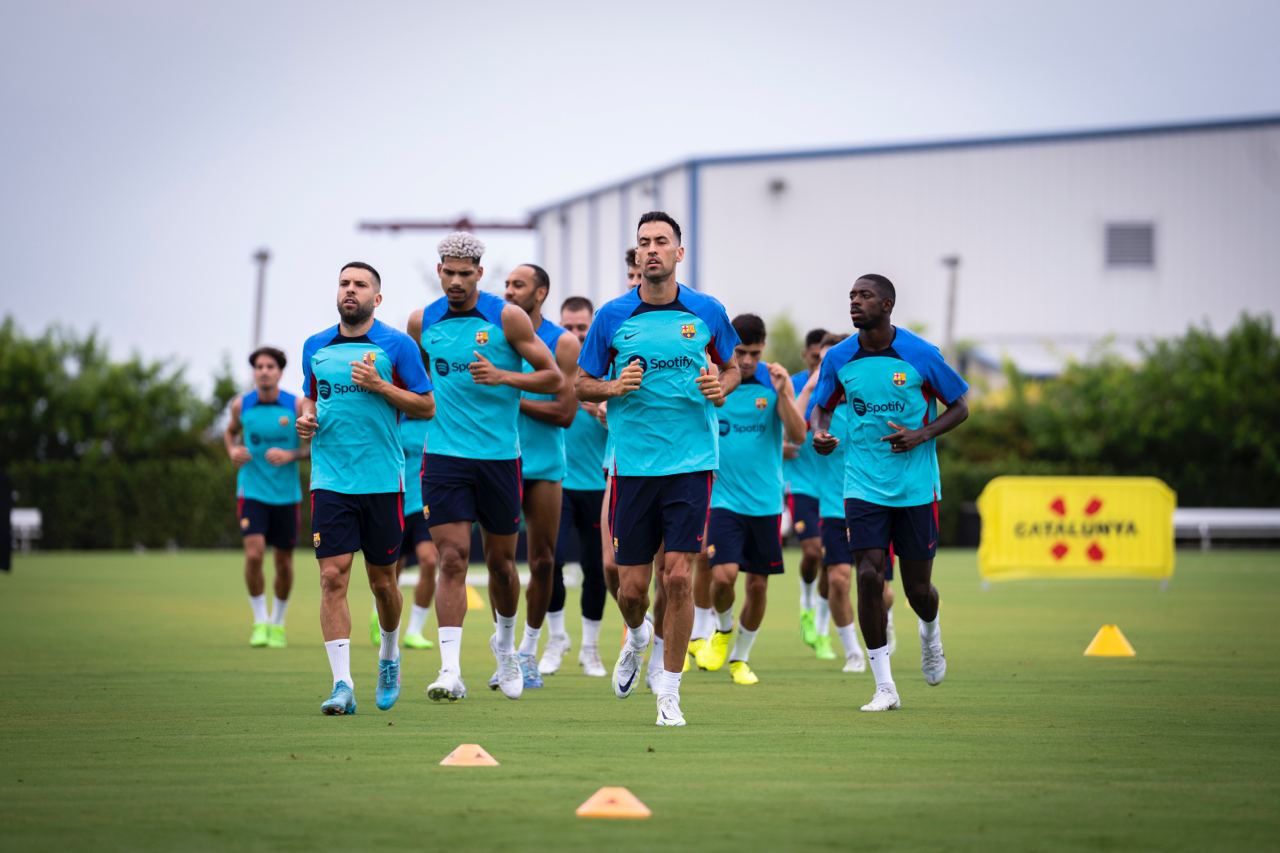 FORT LAUDERDALE, Florida — FC Barcelona’s 2022 summer tour in the United States began on Sunday morning in the hot and humid climate of South Florida, when the team took the field just north of Miami at the training ground of Inter Miami FC, the Major League Soccer side that will be Barça’s first opponents overseas. The two teams are set to square off on Tuesday, July 19.

All 28 players who made the trip to the United States took part in the workout. Ferran Torres was the only player who trained individually. Manager Xavi Hernández was not present, as he did not travel with the team due to administrative reasons, but is expected to arrive in the coming days.

Before the training session began, some 50 children from the Barça Academy PRO Miami had their picture taken with the players and later watched as the workout unfolded.

The first 15 minutes of Sunday’s training session were open to the media. Also on hand was former Barça star Hristo Stoichkov, who lives in Miami and works with Univision, the American Spanish language TV outlet.