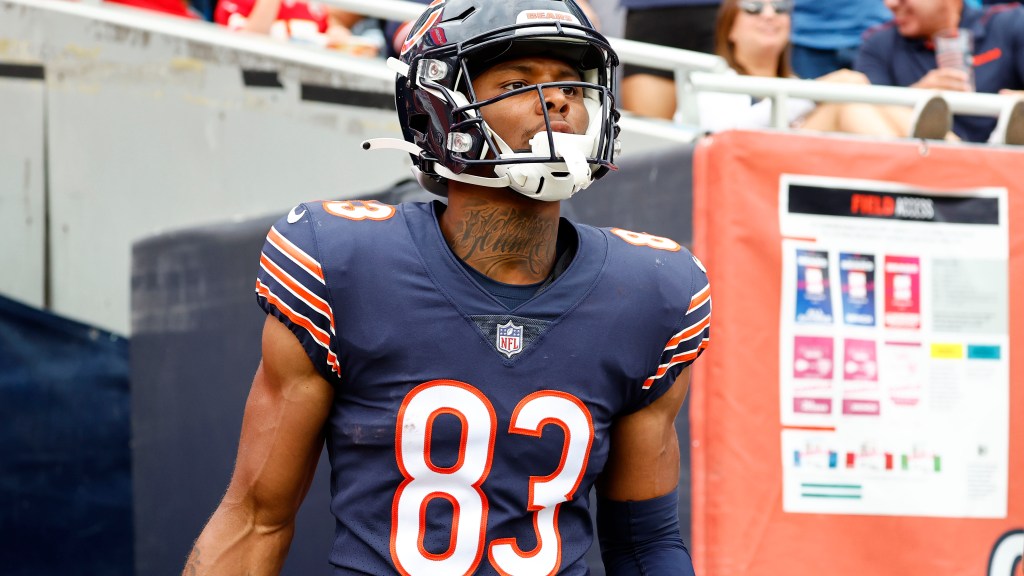 Free-agent WR Dazz Newsome worked out for the #Titans today.

Newsome is headed to New England to work out for the #Patriots on Sunday, per source.

Newsome was recently released by the Bears.

According to Pro Football Focus’, Doug Kyed, second-year receiver Dazz Newsome is visiting the New England Patriots on Sunday for a workout.

Newsome, who is listed at 5-foot-10 and 184 pounds, was a 2021 sixth-round draft selection by the Chicago Bears before he was released this offseason.

He played college ball at North Carolina and was seen as a fit for the Patriots in the 2021 NFL draft. So the interest is of no surprise. With the injuries to Tyquan Thornton and Kristian Wilkerson, the Patriots have expressed interest this past week in exploring depth for the backend or on the practice squad.

It is also worth noting that Jakobi Meyers and Nelson Agholor are both unrestricted free agents after this season.

So the Patriots could certainly use the sort of help a player like Newsome might provide. At the very least, it doesn’t hurt to take a look at what he has to offer.