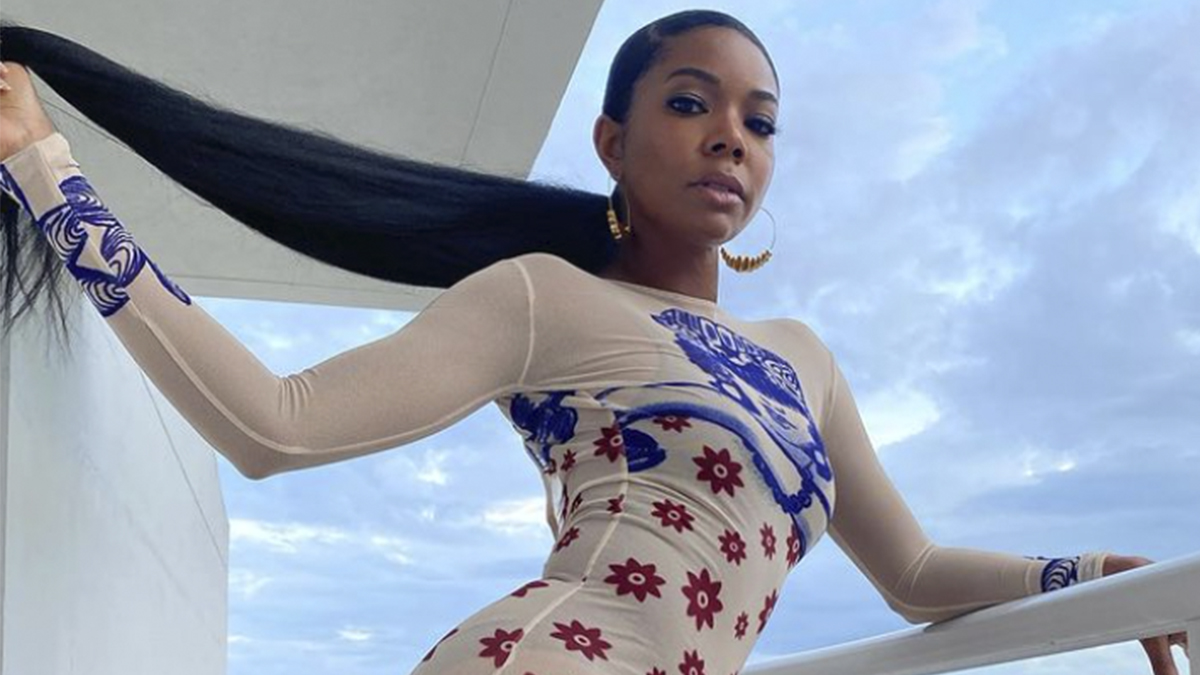 Gabrielle Union candidly discussed the physical changes she is currently going through with perimenopause.

The 49-year-old disclosed this information while sharing the fitness regime she used to prep for her annual vacation, also known as “Wade World Tour,” with her husband, Dwyane Wade.

Gabrielle Union drops the fitness routine she used to get in shape for “Wade World Tour.” Photo:@gabunion/Instagram

According to Mount Sinai Today Blog, perimenopause occurs when a woman’s ovaries stop producing eggs. Some individuals can experience the natural hormonal changes in their 30s while others go through it in their 40s. A few ways to adjust to perimenopause are to have a balanced diet and incorporate some form of exercise.

In the Instagram post shared on June 23, Union gave fans a glimpse into her workouts with fitness trainers Gregg Miele and Quinn Fischman in Los Angeles, California. The exercises consisted of running on the treadmill, push-ups with an elastic band, lunges, weighted squats and sit-ups.

Alongside the video, Union expressed in the caption that she had collaborated with Fiton app to have her fans virtually “train” with her and the fitness instructors for free. In the caption’s second half, Union discussed the weight fluctuations she’s experienced because of perimenopause.

While sharing what she received as recommendations to eliminate from her diet, Union said, “PS My weight fluctuates due to my peri menopause and my hormones etc so it was suggested I give up gluten, dairy, alcohol and caffeine to help regulate my hormones and lessen the memory fog, moodiness, insomnia, hair loss, bloating and all the other fun side effects.”

Union wrapped up the caption by saying despite being given a list of what not to have, she only stuck to not eating or consuming products with gluten and dairy. She wrote, “I stuck to the no gluten and dairy cuz I’m ya know, human. I reserve the right to fluxate.”

As fans viewed Union’s post, many flooded the actress’ comments section with compliments regarding the intense workout clips.

“Put in that work Gabby! You look great!”

Among the previous remarks, others thanked Union for transparency when talking about her journey with perimenopause while sharing their own experience. One wrote, “Thanks for the info. I’m going through menopause and didn’t realize caffeine, dairy, and gluten affects it.”

Another said, “Peri menopause is for REAL!!! Thank you for talking about it.” A third person wrote, “Thanks for the advice.. I’m headed into menopause and it’s been hell!”