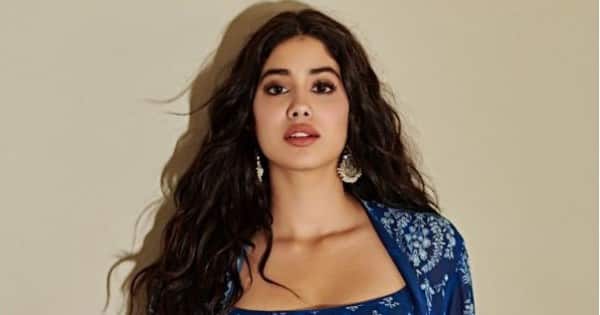 Janhvi Kapoor is currently busy garnering praises for her performance in Good Lucky Jerry which started streaming on Disney+Hotstar on 29th July 2022. It’s Janhvi’s fifth film, and the actress in a very small period of time has left a mark with her strong performances. Apart from her movie, Janhvi also grabs the attention of people for a lot of reasons like her glamorous avatars during promotions of the film, her fit body, her gym spotting, and a lot more. BollywoodLife recently interacted with Janhvi and in our special segment F3 (Fashion, Fitness, Films), we asked her a few questions and got to know some interesting things about her. Also Read – KGF 2 star Yash shares a picture with fans from Italy; writes, ‘Your love for me reaches beyond borders’ [View Pic]

When asked how much time she takes to get dressed up for an event or an interview, the actress revealed that she takes around 50 minutes to get ready. Further, Janhvi said that she doesn’t care about people who troll her on social media for the outfits she wears. Also Read – Anupamaa actor Paras Kalnawat REACTS to ex-girlfriend Uorfi Javed’s comments on him being possessive; says, ‘All this does not affect me’

We often spot Janhvi outside the gym, so when asked about her workout routine, the actress said, “I do a lot of yoga, pilates, and I love going antigravity. It’s like the most fun part of the day, I look forward to workouts over there.” Also Read – Poonam Pandey in plunging neckline gown, Uorfi Javed in a bold black saree and more; Actresses flaunt their glamorous avatar at an award show [View Pics]

Further, when asked Janhvi if she eats junk food or is always on a diet, the actress revealed that right from the past two months she is on a diet because of her movie Mr and Mrs Mahi as she plays the role of a cricketer in it. But before that, she used to eat everything.

Janhvi also revealed that she is eagerly looking forward to Laal Singh Chaddha and she loves watching romantic films.

The actress has many interesting films lined up. She will be seen in Mili, Mr and Mrs Mahi, and Bawaal. A couple of days ago, the actress wrapped up the shooting of Bawaal and took to Instagram to inform her fans about it. Check out her post below…