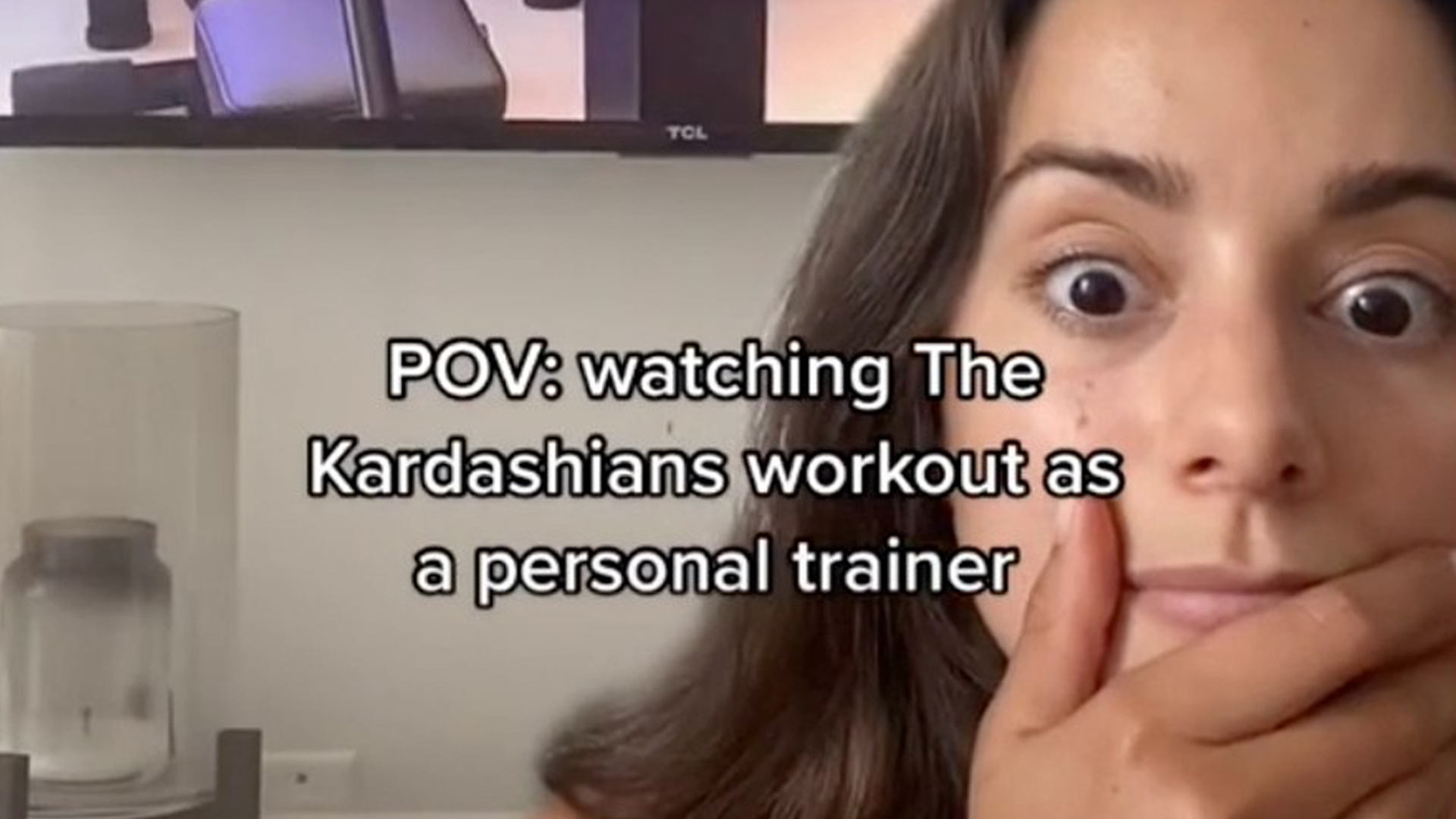 A PERSONAL trainer is revealing her reaction to clips of the Kardashians working out and the five changes she would make to their techniques.

Sophia Nichole, a cycle and bootcamp coach, posted a video showing her apparent shock in response to the Kardashians’ moves in the gym.

Sophia Nichole shared a video clip on TikTok of herself reacting to the Kardashians’ techniques in the gymCredit: TikTok/ Sophianikki

Kim and Khloe are seen working out on The KardashiansCredit: Hulu

The 10-second compilation, which has more than 9million views on TikTok, was shared earlier this month with the caption: “I’m sorry WHAT #fitnesscoach #kardashianworkout #personaltrainer”

Sophia, who works at AARMY in New York City, also commented: “Just for the record – this is not a shot at the women. More so how and why no one is helping them?!?! Like the resources!!?!”

The personal trainer was talking about video clips of Khloe and Kim working out on The Kardashians, a series that is available to stream on Hulu, Disney+, and on Star+ in Latin America.

One day after Sophia’s original post, the exercise expert shared a follow-up video explaining “with more clarity what could be different” about the Kardashians sisters’ workouts.

“We love a sister workout but here are just a few tips,” she captioned the post.

As the Kardashians are seen exercising, the personal trainer explains the five changes that should be made.

She says: “There’s an obvious lack of muscle control. Kim should really slow down the reps and lower her shoulders.

“I would love less swing in Khloe’s bicep curl. Just slow down the reps and try to get a full range of motion.”

When Sophia commented on the lack of muscle control, Khloe is seen in a video doing what appears to be either a lateral or tricep pulldown while standing.

After acknowledging how she’s aware that the Kardashians are doing “a million things a day,” Sophia tells her viewers that she thinks the sisters could get a trainer to give them additional pointers, considering how many resources they must have.

“There has to be a trainer that can tell them to just slow down, work their bodies in an effective, safe, real transformative way,” she said.

One viewer commented: “Maybe their swinging & rushing through it is just for filming for their reality tv, because slowing down will take up more air time.”

Sophia replied: “I just can’t imagine someone looked at this cut and thought, ‘Yes. This looks right.'”

Another TikTok viewer suggested that maybe the Kardashians are “working for muscular endurance.”

The NYC-based trainer fired back: “Between the half reps and form…

“No muscle endurance is being built unfortunately.”

Some of the most important booty workouts she talked about are stiff-leg deadlifts, reverse lunges, and weighted cable kickbacks.

Meanwhile, here’s a look inside Kim’s grueling fitness routine as she hits the gym at least five days.

And Khloe’s personal trainer offered fans insight into her intense workout routine after she ditched Tristan Thompson as her gym buddy.

Khloe is seen working out on The KardashiansCredit: Hulu

The Kardashians’ workout techniques have been slammed by a TikTok userCredit: Hulu

Sophia told one of her viewers: ‘I just can’t imagine someone looked at this cut and thought yes, this looks right’Credit: TikTok/ Sophianikki