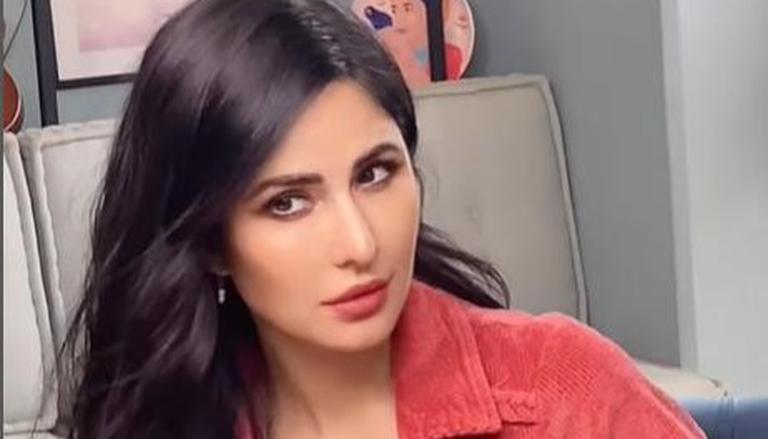 On September 18, Bollywood actor Katrina Kaif headed to her social media space and gave glimpses of her Sunday. Looking at them, it seems like the Sooryavanshi actor had a really productive weekend. From an intense workout session to sipping a beverage to resuming shoot for her forthcoming film Merry Christmas, the actor gave a sneak peek to all on her IG Stories.

Katrina Kaif gives a glimpse at her Sunday

The first one of the day read, “My Sunday”, which included the date. The second pic had a glimpse of her playlist as she posted a screenshot of the track by Mickey Singh and Jess Loco, titled Feels Like, which she might have listened to on repeat. The third picture featured a treadmill and a scenic view.

The fourth picture featured her hand holding a cup with a beverage, which showed that the Namastey London star enjoyed her Sunday coffee peacefully. Katrina also shot for  Merry Christmas on Sunday, as evident from the fifth IG Story. She also shared a monochromatic picture of her film’s director Sriram Raghavan and co-star Vijay Sethupathi, stating that the latter’s photograph was taken by herself as she wrote, “By me”, adding a camera emoticon to it.

Katrina Kaif and Vijay Sethupathi will be seen sharing the screen space for the first time in Merry Christmas. It was in December when the former announced that she has teamed up with the South actor and director Sriram Raghavan.

She took to her Instagram handle and wrote, “New Beginnings BACK ON SET with director #sriramraghavan for Merry Christmas! I’ve always wanted to work with Sriram Sir, He is a master when it comes to narratives that showcase thrillers and it’s an honour to be directed by him. Super excited to be teaming up with @actorvijaysethupathi for this one produced by @rameshtaurani & @sanjayroutraymatchbox”. Take a look: