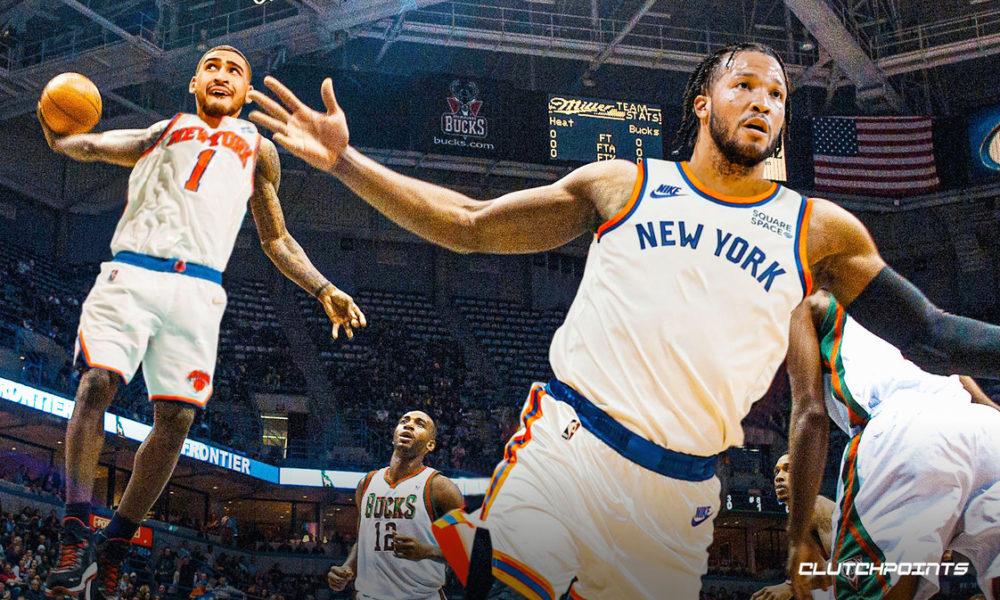 When Jalen Brunson made his “unofficial” New York Knicks debut in a Pro Am game earlier this August, fans got a glimpse of his connection with Obi Toppin. The two connected on multiple dunks, teasing of what may come in their partnership in the Big Apple.

Now, it looks like the two are further nurturing that chemistry, and the early returns definitely look amazing.

In a recent workout video of the two, Brunson and Toppin showcased their offensive arsenal from all over the floor. The new Knicks guard also kept dishing on his younger teammate, who made full use of the chances he get to throw the ball down with authority.

If that doesn’t hype up Knicks fans, we don’t know what will.

While many questioned the Knicks’ decision to sign Jalen Brunson to a massive four-year, $104 million deal, the fact of the matter is they need a legitimate scorer who can also make plays for his teammates. Point guard play is something they were sorely lacking in 2021-22, and they may have just resolved that issue through Brunson.

Sure enough, his chemistry with Obi Toppin has been a nice surprise so far. Having that kind of playmaker could very well unleash Toppin and help him elevate his game further.

Here’s to hoping, however, that Brunson can do the same for the rest of his Knicks teammates. He may not be a franchise-altering talent, but he has proven to be a reliable and stable point guard with star potential.