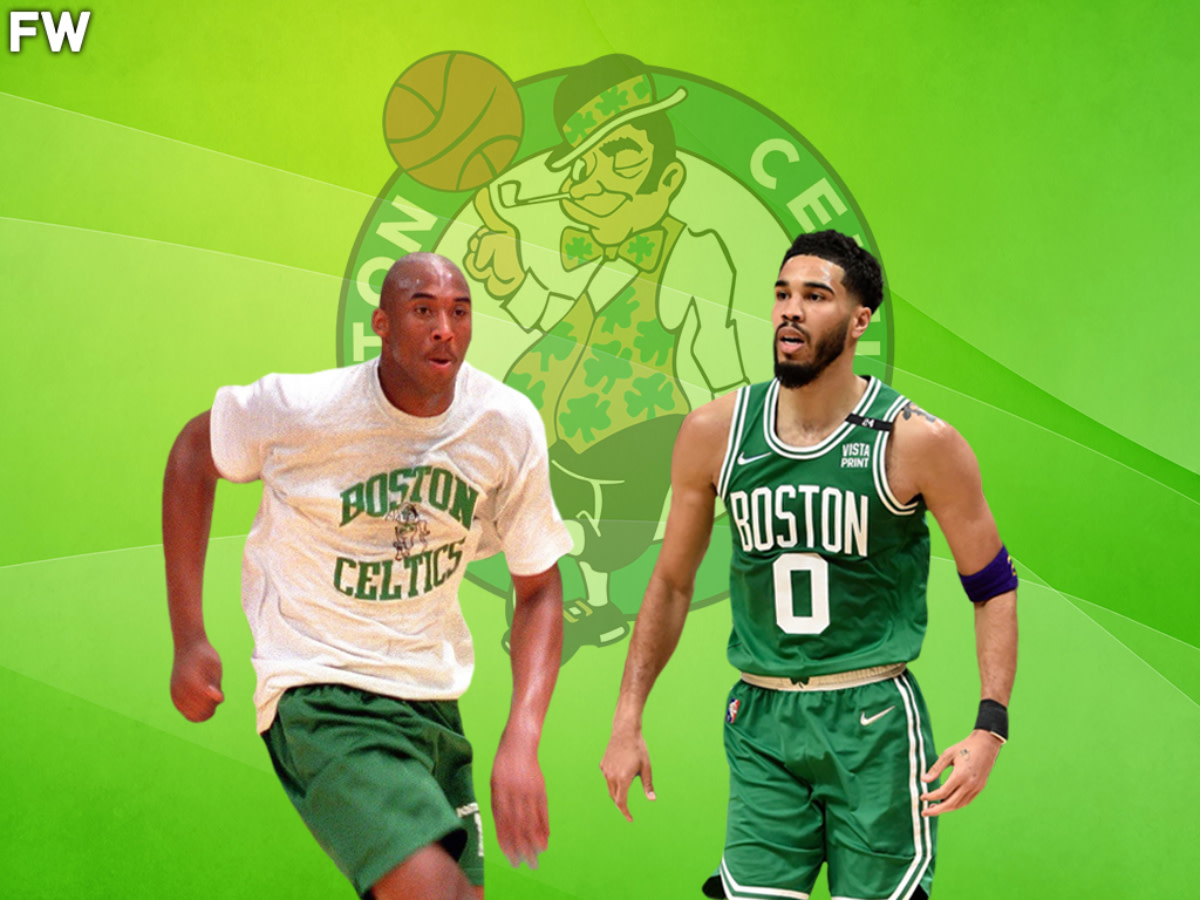 Jayson Tatum’s deep admiration for the late and legendary Kobe Bryant has been made apparent during these playoffs. The Celtics man is pushing for the first title of his young but already highly successful career, and has honored Kobe several times along the way. He wore a No. 24 armband in the deciding Game 7 against the Miami Heat, a game during which the Celtics clinched their NBA Finals berth.

After the game, he spoke about why he wore the armband before it was also later revealed that he sent a text message to Kobe’s old phone number. Despite the historic rivalry between the Los Angeles Lakers and the Boston Celtics, the personal connection between the Celtics’ latest superstar and the Lakers legend runs deep.

And it’s easy to forget that despite being arguably the most beloved Laker ever, Kobe did almost go to the Celtics. Before he was drafted in 1996, Bryant worked out in Boston, even wearing an outfit with the Celtics logo on it. And in his latest tribute to Bryant, Tatum was spotted wearing that same outfit at practice ahead of Game 2 of the NBA Finals.

The Celtics haven’t used that logo since 1996, so there’s no way this was a coincidence considering Tatum’s well-known admiration for Bryant. The fact that he continues to pay his respects to Kobe throughout this deep playoff run is as fitting a tribute as a player can give Kobe, especially if he can lead the Celtics to a championship.

Boston has a lot of reason to believe that they can take that step too, especially after their comeback win against the Golden State Warriors in Game 1 despite Tatum’s horrific 3-17 shooting night. Tatum will be hoping to have a few more opportunities to honor Kobe, and one of the best ways he can do that is to come out hot in Game 2 and play well to give the Celtics a commanding lead heading back home for Games 3 and 4.