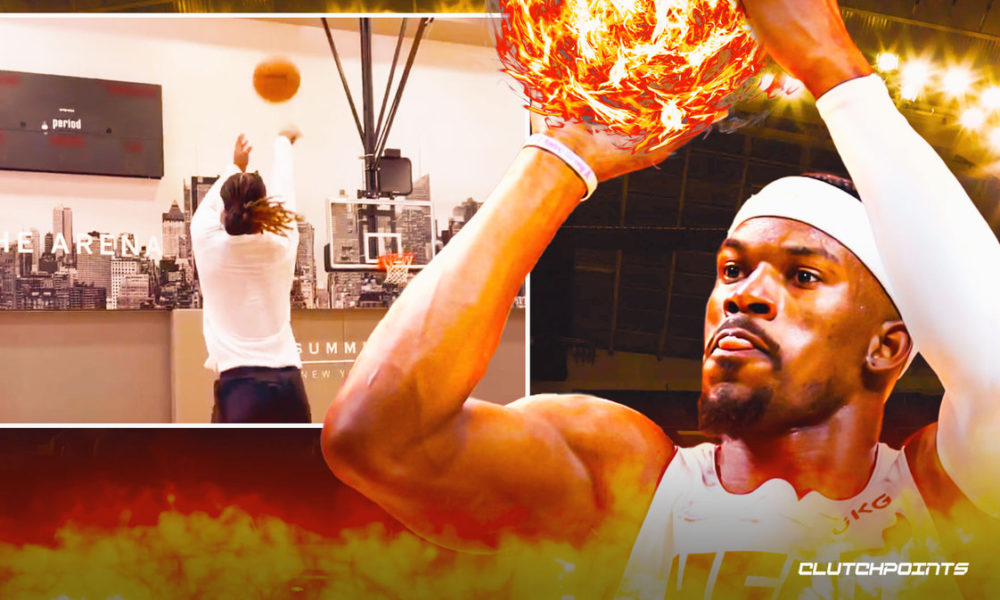 The Miami Heat will be looking to bounce back and fulfill their NBA Finals aspirations in 2022-23 after falling in the Conference Finals last season against the Boston Celtics. A big part of their success was franchise star Jimmy Butler and it’s clear he’s doing everything imaginable to show out again in the upcoming campaign. Perhaps Jimmy Buckets has also become more of a three-point threat?

Just take a look at the insane range from the Heat forward, draining nearly 20 triples in a row in the video:

Jimmy Butler was firing on all cylinders during this workout 🔥

Jimmy Butler has the new hairstyle and the game to go with it. Remember, he’s never been known as a long-range shooter. The veteran drained just 24% of his treys in 2021-22 and typically does most of his scoring inside the perimeter, whether it’s from mid-range or at the cup. It appears that might change this season and he’ll be a more all-around threat.

Butler is coming off a solid campaign, posting averages of 21.4 points, 5.9 rebounds, and 5.5 assists while shooting 48% from the field. He basically carried the Heat all on his own in the postseason, absolutely erupting on countless occasions, going off for 27.4 points, 7.4 boards, and 4.6 dimes.

There is no question Jimmy Butler is extremely important to the Miami engine. While they do possess several sharpshooters like Tyler Herro, Max Strus, and Duncan Robinson, among others, Butler suddenly being able to get hot from deep would be huge for this group.