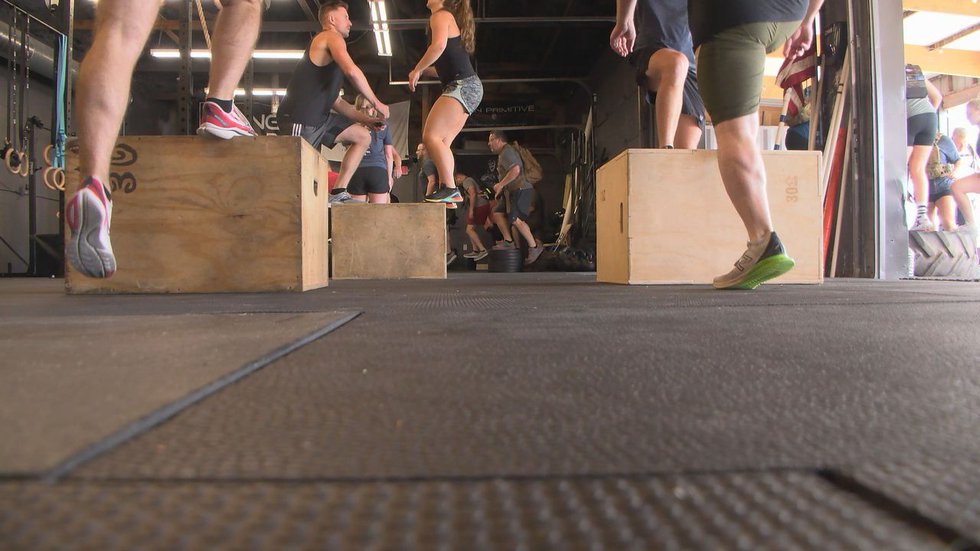 He was off on the day of June 12 but responded to a call. Friends of Weatherford said that’s just the person he was.

He did not know that call would end his life. He was shot and killed in the line of duty that day.

Five years later, on an emotional Saturday morning, his legacy lives on.

Talley, the owner of Griffin Training Center, is a Newport native and family friend of the Weatherfords.

The center is owned by Talley and her husband. They also founded the Arkansas Code 3 Response Foundation.

“When he passed away in 2017, it was something that kind of rocked our world,” she said.

Saturday, friends, family, and strangers did a hero workout to remember his life.

This was the third Weatherford Hero workout they hosted at the center.

“Owning the gym, we decided the best way to give back was to do hero workout fundraisers,” Talley said.

The workouts help raise money for their foundation, providing resources and support to families that have lost a loved one in the line of duty.

The morning started with the pledge of allegiance. Participants started the workout remembering those who have fallen, as the workout became difficult and sweat fell.

“It’s heartbreaking to remember why we do it,” Talley said. “But it is also so fulfilling to see the community come together to give that support to the Weatherford family and then give us the opportunity to give back.”

On Sunday, June 12, there will be a memorial service held at 6 p.m. in front of the Newport Police Department in remembrance of Lt. Weatherford.