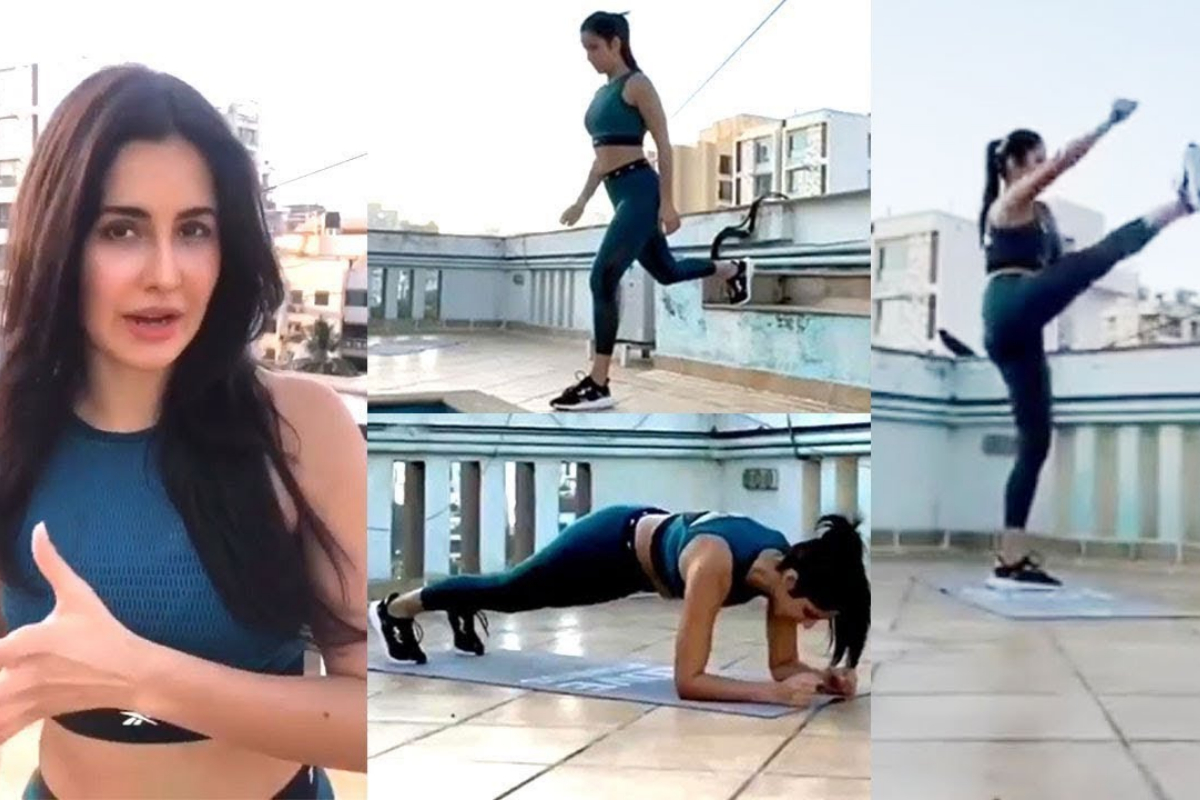 After a lavish birthday celebration in the Maldives Katrina Kaif, who turned a year older on July 16, has returned to the community. Along with her hubby, Vicky Kaushal, Sunny Kaushal, Sharvari, Ileana D’Cruz, Mini Mathur, Kabir Khan, Isabelle Kaif, and others, the Ajab Prem Ki Ghazab Kahani actress flew to the tropical paradise. And now that Katrina has resumed her routine, she made sure to visit the gym and begin her exercise schedule as well.

Katrina posted an image of her workout to her Instagram account. The actress from Mere Brother Ki Dulhan was pictured posing with an aerial hammock in the image. She was wearing a matching pair of black capris and a black t-shirt. When Katrina returned to the gym, she had her hair pulled back in a high ponytail and looked content.

The Ek The Tiger actress as, “Back to the gymmmmmmmmm,” followed by the heart emoticon.

On the work front, Katrina is now collaborating with Vijay Sethupathi on Sriram Raghavan’s Merry Christmas. She even shared some behind-the-scenes photos with Vijay and Sriram, which heightened the audience’s anticipation. It should be noted that Merry Christmas, which is anticipated to be released on Christmas this year, will be Katrina’s debut collaboration with Vijay.

Katrina is also getting ready for the release of her horror comedy Phone Bhoot on November 4, which also stars Siddhant Chaturvedi and Ishaan Khatter.