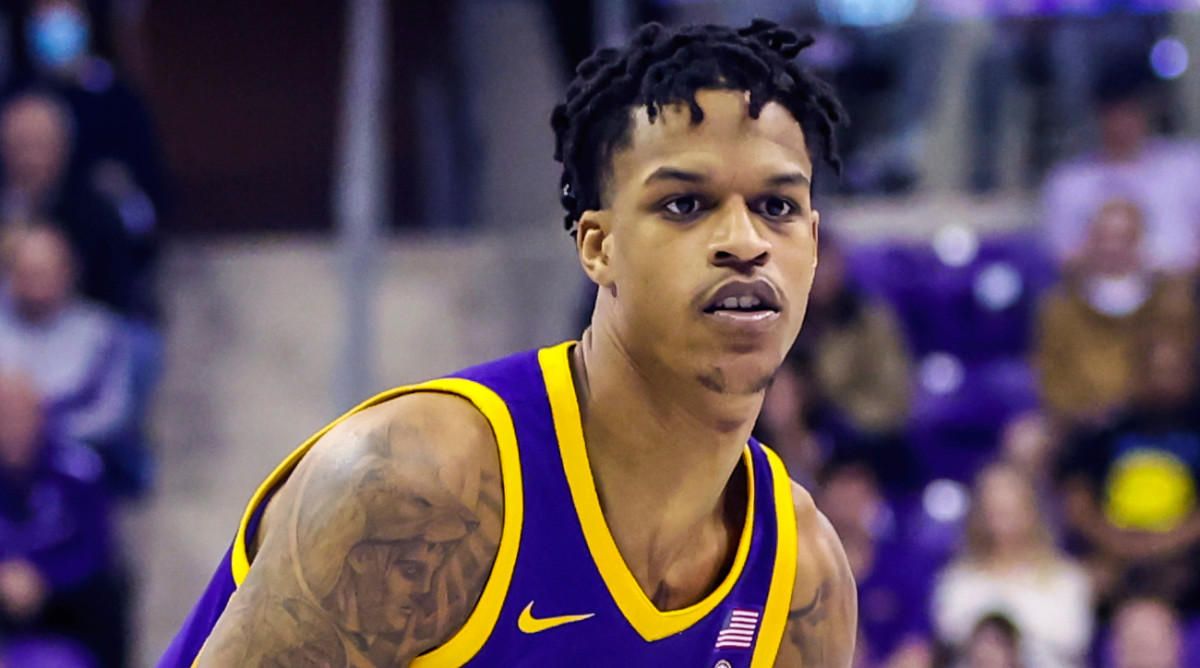 LSU forward Shareef O’Neal, son of Hall of Famer Shaquille O’Neal, began working out with various NBA teams this week as he prepares for the June 23rd draft.

One of his next workouts is scheduled with the Lakers, The Athletic reports, the team with which his father spent the longest portion of his career. Shaq won three NBA championships with the Lakers, earning the NBA finals MVP title each of those three years.

The date of Shareef’s workout in Los Angeles is unknown at this time. On Thursday, he worked out with the Bucks. The 22-year-old also has scheduled workouts with the Cavaliers, the Hawks and the Wizards.

These workout announcements come after The Athletic confirmed earlier this week that Shareef is now eligible to be selected in the NBA draft after mistakenly being included on a list of withdrawals.

Watch the NBA online with fuboTV: Try for free!

In this last season at LSU, Shareef finished with an average of 2.9 points and 2.1 rebounds in 14 games off the bench. In March, the former four-star reportedly entered the transfer portal after playing 24 games over two seasons with the Tigers. But, he plans to transition into an NBA career instead of transferring to another collegiate program.

For more Los Angeles Lakers coverage, go to All Lakers.