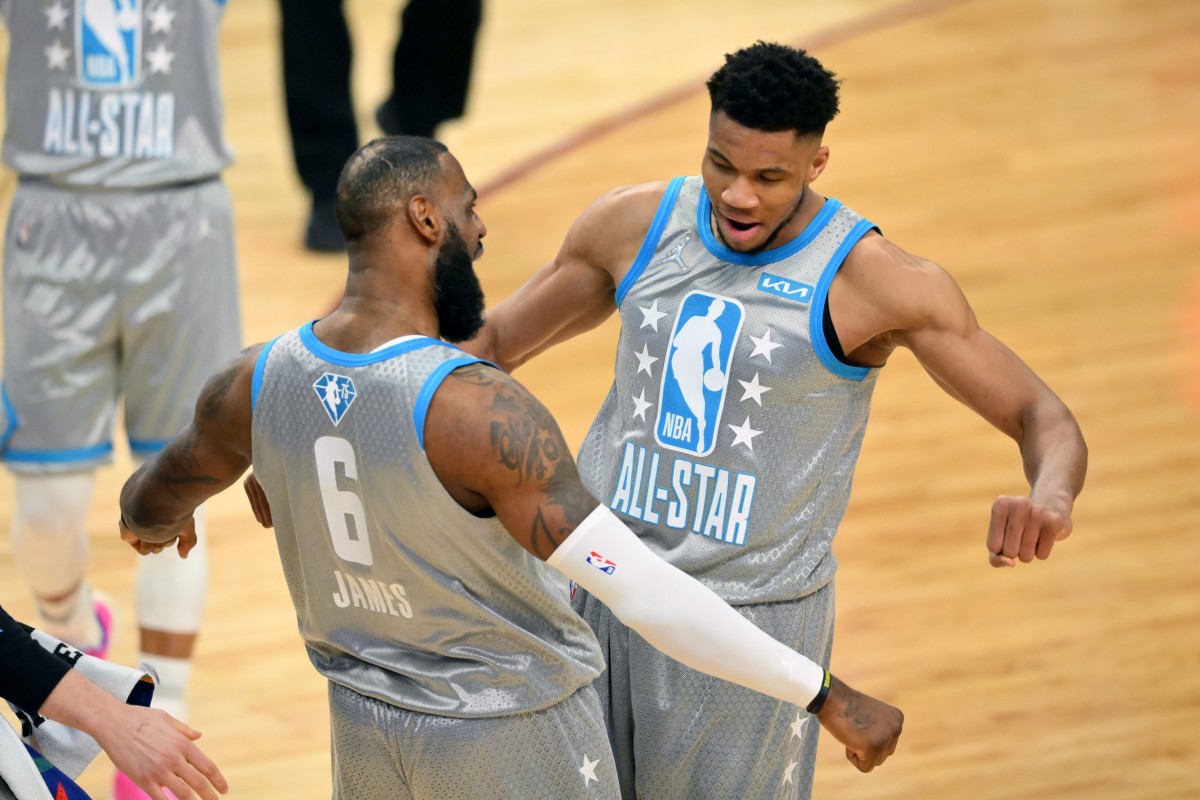 Bucks superstar Giannis Antetokounmpo has been known to joke around a bit when he’s not on the court obliterating opposing teams. Most of his social media comedic routines are mostly “dad humor”, but along with his play, his reactions to media questions have been known to get some chuckles. Recently, Giannis had a hilarious comment when discussing Lakers forward LeBron James.

Giannis clearly has all the respect in the world for LeBron James. Depending on who you talk to on a given day, Antetokounmpo, not Steph Curry, Lebron James, nor Kevin Durant, is now the best basketball player on the planet.

The Bucks forward and 2021 NBA champion complimented James, but also ribbed LeBron for reportedly spending about $1.5M annually to stay in shape (quotes via Marca.com).

“You gotta spend 1.5 million dollars on your body? I don’t know if I can do that. I’m too cheap for that. No, I’m joking. It’s crazy to me, man. He’s been so consistent. It’s fun to watch. It’s definitely fun to watch.”

Giannis continued to respect the King and suggested that he doesn’t get enough credit for the longevity of his career.

Antetokounmpo has never faced LeBron James in the playoffs, and since their respective teams are in different conferences, it would have to be in the NBA Finals this coming season.

Now, it’s likely that Giannis and the Bucks could make it to the Finals for the second time in three years, but LeBron and the Lakers have plenty of work to do to get there.