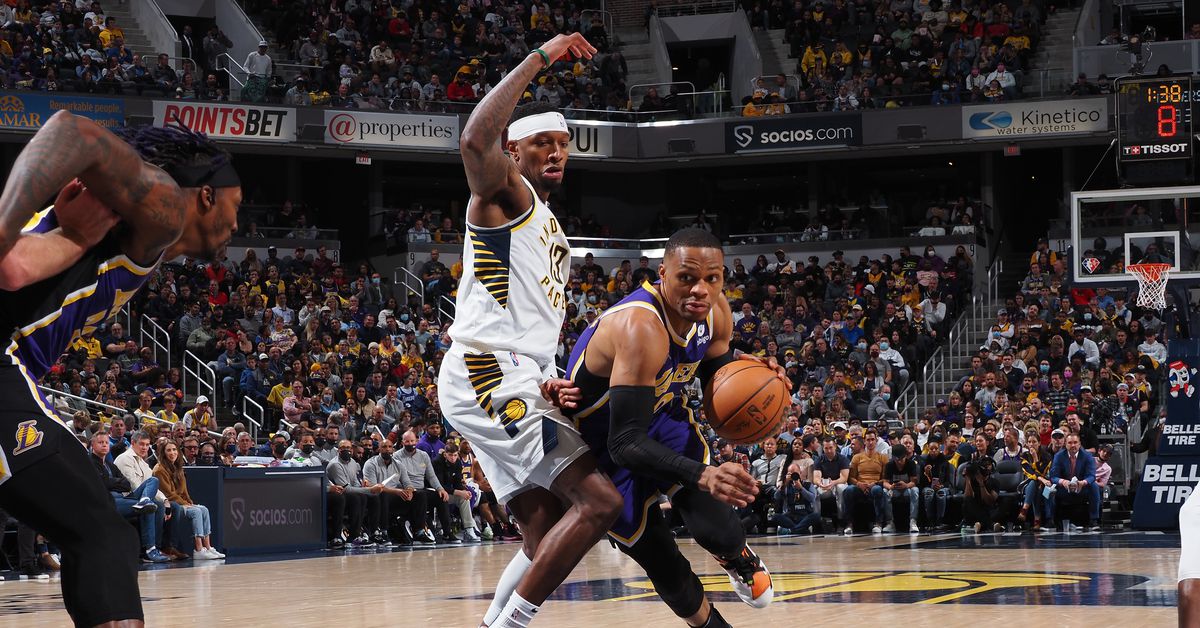 Even in their attempts to move on to a Plan B, the Lakers have yet again reached an impasse, something that has happened time and time again for the team throughout this offseason.

Here’s a look at the latest reports and rumors.

Pacers trade dead in the water

After seemingly running into a dead end with the Kyrie Irving trade discussions, the Lakers turned back to their plan B with the Pacers in recent days. However, in very similar fashion, those trade talks have hit a stopping point as well with the Lakers still unwilling to include draft picks.

As a result, according to Bob Kravitz of The Athletic, the Lakers and Pacers trade talks are dead in the water.

A trade package that would have seen the Los Angeles Lakers trade Russell Westbrook and a first-rounder to the Indiana Pacers in return for Myles Turner and Buddy Hield is currently dead, sources tell The Athletic. The Pacers want a second first-round selection added to the deal, sources say.

The Lakers and Pacers have indeed exchanged trade proposals on a swap to try to bring Myles Turner and Buddy Hield to L.A., league sources confirm, but no deal is close.

Now, it’s not entirely surprising that package did not net the Lakers two starting-caliber players. The general consensus is that it will cost the Lakers one draft pick to just offload Westbrook’s salary and then at least another pick to acquire anything of value in return. Even if they aren’t great contracts, Myles Turner and Buddy Hield do have value as NBA-caliber rotation players.

As negotiations go, this is pretty standard, though. The idea is to start far from the middle and gradually work your way there. But it is concerning that the Lakers continue to be hung up on draft picks when it seems completely untenable to bring back Westbrook.

Kyrie Irving still on the table?

The Lakers are going to wait as long as they can on a Kyrie deal, and for good reason. The chance to acquire a player like Kyrie, especially in a deal with Russ as the primary outgoing player, is exceptionally rare.

On Friday, Dave McMenamin of ESPN appeared on “This Just In” and discussed the Lakers’ approach this summer.

The Lakers will not pull the trigger on a deal for Eric Gordon or Buddy Hield until they know absolutely for sure that a Kyrie trade will not happen.

While the Lakers may be reengaging with the Pacers on a deal, it could still be a bluff of sorts to try to scare the Nets into doing a deal. Without any real deadline for these teams, save for potentially training camp in September, the Lakers could be attempting to manufacture pressure in order to make a deal happen sooner than later.

Will it work? Probably not, but these sorts of Cold War negotiations will likely continue in the coming weeks.

The Lakers have had a number of free agent workouts this summer and appear set to have another one, this time highlighted by former NBA player Shabazz Muhammad, according to Michael Scotto of HoopsHype.

Muhammad spoke back in the spring about his comeback attempt. He last played in the NBA in 2017-18 when he played 43 games between the Timberwolves and Bucks. For his career, he’s averaged 9 points and 2.8 rebounds per game while shooting 31.9% from behind the 3-point line.

As a bit player whose last taste of league action was a half-decade ago, it’s remarkably unlikely the Lakers end up signing him, but the number of workouts that the team has held this offseason is interesting in its own right.