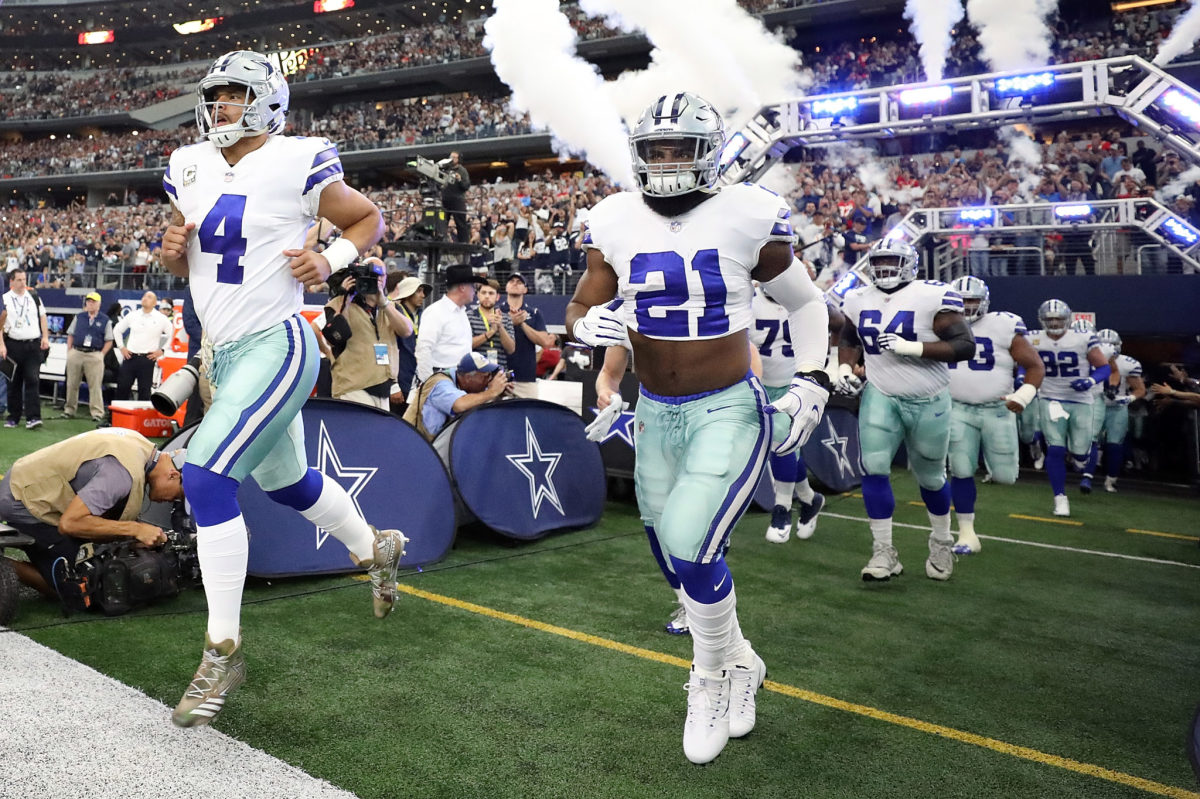 ARLINGTON, TX – NOVEMBER 05: (L-R) Dak Prescott #4 and Ezekiel Elliott #21 of the Dallas Cowboys runs onto the field before a game against the Kansas City Chiefs at AT&T Stadium on November 5, 2017 in Arlington, Texas. (Photo by Ronald Martinez/Getty Images)

Each and every offseason it seems that a video or photo of Ezekiel Elliott working out makes waves on social media.

Well, it happened once again. On Wednesday afternoon, Elliott posted a shirtless photo of himself while running with a football.

It certainly seems like Elliott has been working out a little more this offseason – at least on his conditioning. The star running back looks trim and ready for the upcoming season.

McCarthy said Elliott is “completely healthy right now, and he’s had a tremendous offseason.” He took things a step further, saying Elliott has been dominating the weight room.

“I mean, the weight that he’s been pushing in the weight room, just the numbers he has been cranking out have been very, very impressive,” McCarthy said via Cowboys reporter Michael Gehlken. “He’s in top shape.”

Can Elliott continue to produce at an elite level?