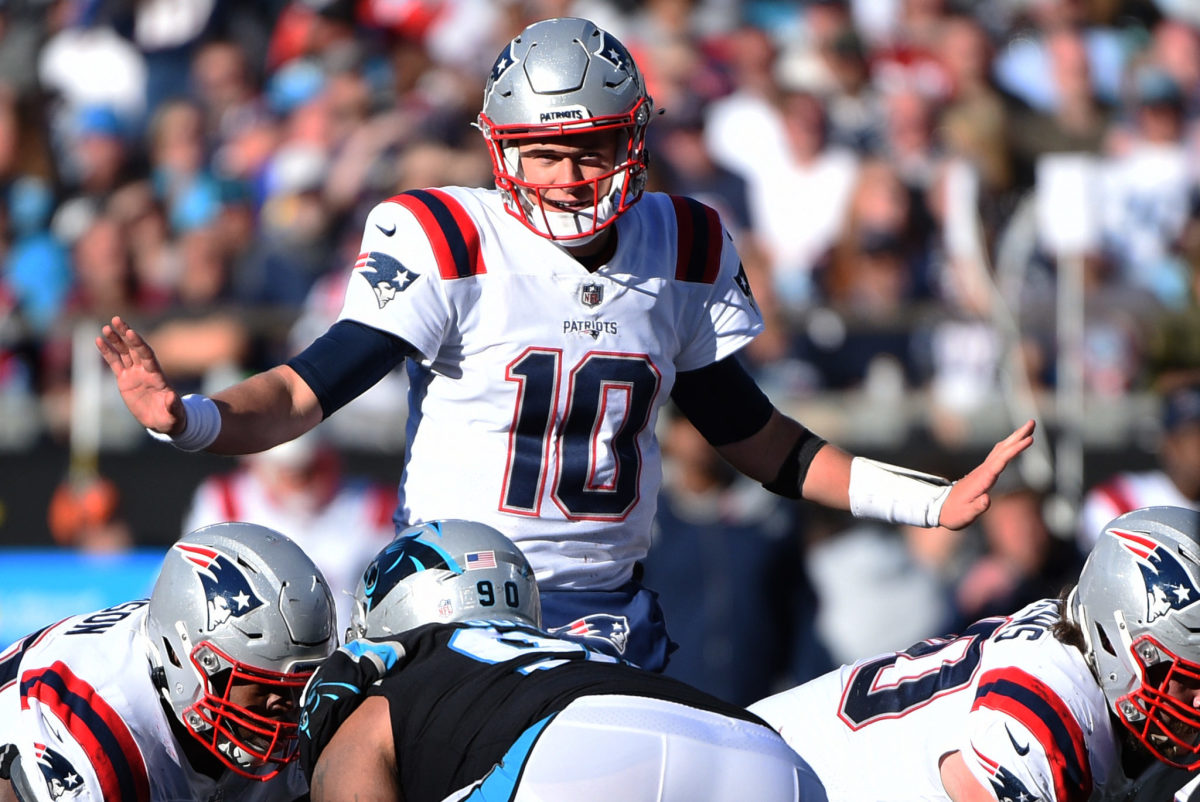 CHARLOTTE, NORTH CAROLINA – NOVEMBER 07: Mac Jones #10 of the New England Patriots calls a play at the line during the third quarter against the Carolina Panthers at Bank of America Stadium on November 07, 2021 in Charlotte, North Carolina. (Photo by Lance King/Getty Images)

Rising second-year quarterback Mac Jones held yet another workout with some players from his New England wide receiver group earlier this week.

On Friday, the former 15th pick posted a photo after a workout with reserve receiver Kristian Wilkerson and recently-signed wideout Lil’Jordan Humphrey.

“Looks like Mac Jones was throwing today with Patriots wideouts Kristian Wilkerson and Lil’Jordan Humphrey. Humphrey is the new guy in that position group, signing after minicamp. Jones has been seen training with a bunch of different NE receivers this summer,” Zack Cox of NESN reports.

The NFL world took to Twitter to react to this photo.

“This is what you’re supposed to do,” one fan wrote.

“F—ing love this kid,” another added.

“He’s getting everyone in the WR room their catch bonus this year,” another said.

Jones is clearly ready to get after it with his new receiving corps this coming season. Earlier this offseason, the 23-year-old quarterback shared a video working out with newly-acquired Patriots wide receiver DeVante Parker.

Jones will look to make another jump after a solid rookie showing in 2021.