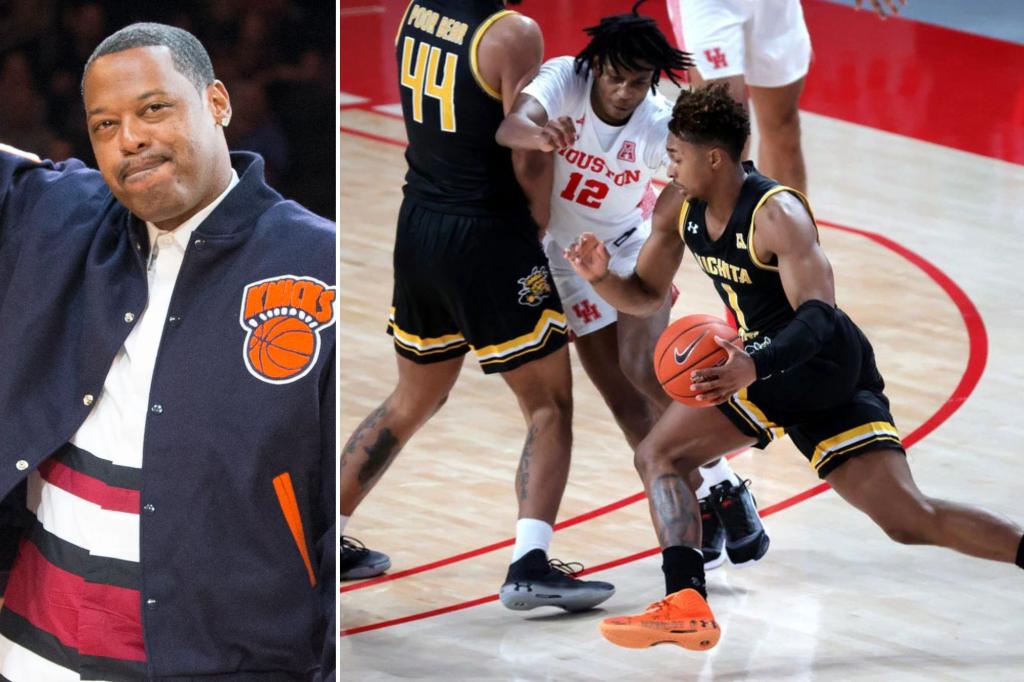 Etienne’s “godfather’’ is Marcus Camby, who had two stints with the Knicks and whom he calls “uncle.’’ Etienne is also related to former Knicks center DeAndre Jordan.

Born in New York and raised in Fort Lee, N.J., Etienne played for the prestigious youth program, the PSA Cardinals in The Bronx and attended his share of Knicks’ games during the stirring 2012-13 campaign, courtesy of Camby’s tickets.

“I really enjoyed [the workout], being from New York City,’’ Etienne said Wednesday at the Knicks’ Tarrytown campus. “To play for the Knicks was always an honor and a childhood dream. Just to be on the court and be in the facility and see everyone pay attention to you and be able to compete with those guys, it’s an amazing feeling.’’

Etienne, who was named the 2020-21 co-Player of the Year in the American Athletic Conference (shared with Houston’s Quentin Grimes, the Knicks’ 25th-overall pick in 2021), is projected to be drafted in the second round — if he gets drafted at all.

Tyson Etienne, who worked out with the Knicks, is the godson of Marcus Camby (left). Anthony J. Causi; Getty Images

The Knicks, whose second-round pick is 42nd overall, need a point guard. If Etienne doesn’t get drafted, signing with the Knicks’ summer-league team as an undrafted free agent seems like a natural fit.

Etienne’s father, Max, who played at Maryland, befriended Camby when Camby played for Toronto. Camby has turned into his son’s mentor.

Keep up with the most important sports news

Sign up for Starting Lineup for the biggest stories.

“He is one of my closest friends even though he’s much older than me,’’ Etienne said. “I always talk to him and take his ear and talk about different things in life and basketball. One thing I’m appreciative of my uncle is he never kept me away from the game. If my uncle had a game, I’d see him warming up and see what he’d do before a game. I’d see the travel. He was able to open my eyes to that at an early age and it’s really benefited me in my own career.’’

Wichita State labored this season and Etienne’s stock dropped, though he’s a willing 3-point shooter. Etienne averaged a team-high 14.9 points and made 73 3-pointers on 32.6 percent accuracy.

“The predictions for what I was supposed to be coming into this season were super high,’’ Etienne said. “As a team we didn’t have much success. Started out pretty low but the past month and a half, I’ve been turning up. I had no expectations come draft day. I control what I can control.’’

Etienne is interested in a lot more than basketball. His charity endeavors are impressive for a college sophomore. Two of his family members have autism and he has held art fairs to raise money and awareness. His mother is a screenwriter and makeup artist for TV shows.

“We just donated about $7,000 from my photo exhibit I had in Witchita to a foundation out there helping people with special needs get the care they need and give them opportunities like a person who didn’t have any disabilities,’’ Etienne said. “Honestly, as I continue in my career, I will do certain things.’’

Six prospects gathered at Tarrytown, including center Orlando Robinson (Fresno State) and point guard Jordan Goldwire (Oklahoma). Etienne has also worked out for the Nets and four other clubs.

“Every workout is different in their own right,’’ Etienne said. “I think what stands out with the Knicks is very specific and very intense and I really like that. And just the fact that they love competing and I love competing too. And that they put a super emphasis on that I enjoy.”

Etienne said the Knicks’ workouts are more physical than others as they let fouls go.

“They’re not just going to bail you out,’’ Etienne said. “You’ve got to fight.’’

He said the PSA Cardinals “saved my life.’’ Being at Knicks playoff games in 2012-13 was a worthy experience.

“I was experiencing Knicks-Boston,’’ the 23-year-old Etienne said. “I experienced us. Being the No. 2 team in the East. It was privilege to watch all that and experience the Garden in the playoffs.”