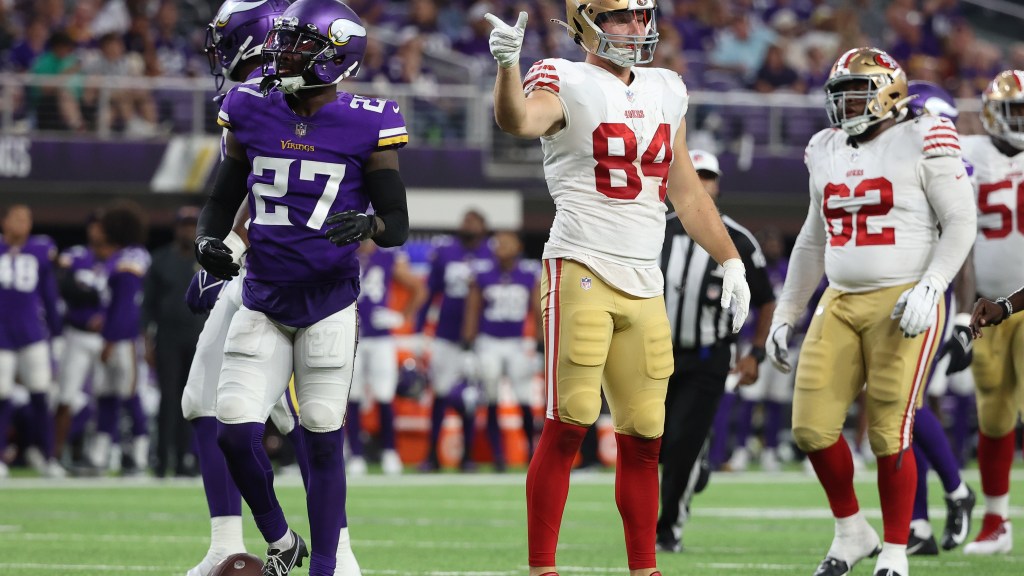 The New York Giants made a series of roster moves and waiver claims on Wednesday, but more moves are expected to come on Thursday as injuries mount.

Prior to Wednesday’s practice, the team held their latest round of workouts with two players in attendance. They were tight end Tanner Hudson and defensive back Nasir Greer.

Of the two, Hudson is expected to take a physical and be signed to the 80-man roster.

And TE Tanner Hudson worked out this morning. Sounds like he’ll be signing at some point tonight. https://t.co/JRe9hdzyNO

The signing did not appear on the NFL’s daily transaction log and is not yet official.

Hudson, 27, was originally signed by the Tampa Bay Buccaneers as an undrafted rookie out of Southern Arkansas following the 2018 NFL draft. He remained with the Bucs through the 2020 season before spending last season with the San Francisco 49ers.

Greer signed with the Kansas City Chiefs as an undrafted rookie free agent back in April and was released this past Tuesday as a part of league-wide cuts.