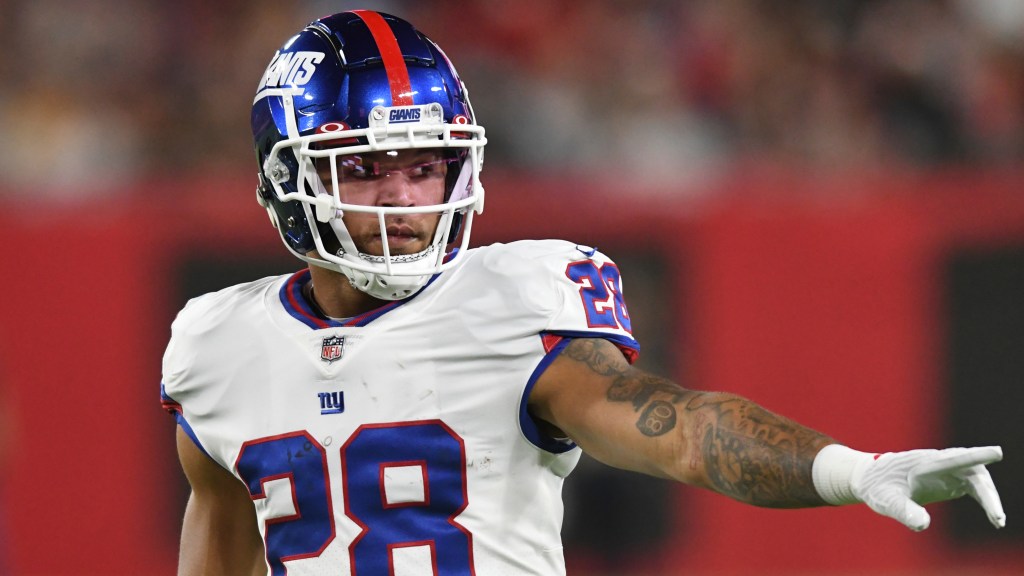 The New York Giants have hosted a number of free agent workouts this week and at least one of those included a very familiar face.

Running back Devontae Booker returned East Rutherford on Thursday, this time on a tryout basis. He somehow flew under-the-radar until the NFL’s official transaction and tryout log was released on Friday.

Booker spent last season with the Giants after landing an over-the-market contract courtesy of former general manager Dave Gettleman. He finished the year as the team’s co-leading rusher (tied with Saquon Barkley) with 593 yards and two touchdowns. He also led Giants backs with an average of 4.1 yards per rush.

In addition to co-leading the team in rushing, Booker also hauled in 40 receptions for 268 yards and one touchdown. The 268 yards led the running back group.

After Joe Schoen took over as general manager this offseason, Booker was among the first to be released. The move saved the Giants $2.125 million in cap space, but also left them with $1 million in dead cap — the fifth-most on the team.

Despite the workout, Booker was not immediately signed to a contract. However, that doesn’t mean he won’t be somewhere down the line.