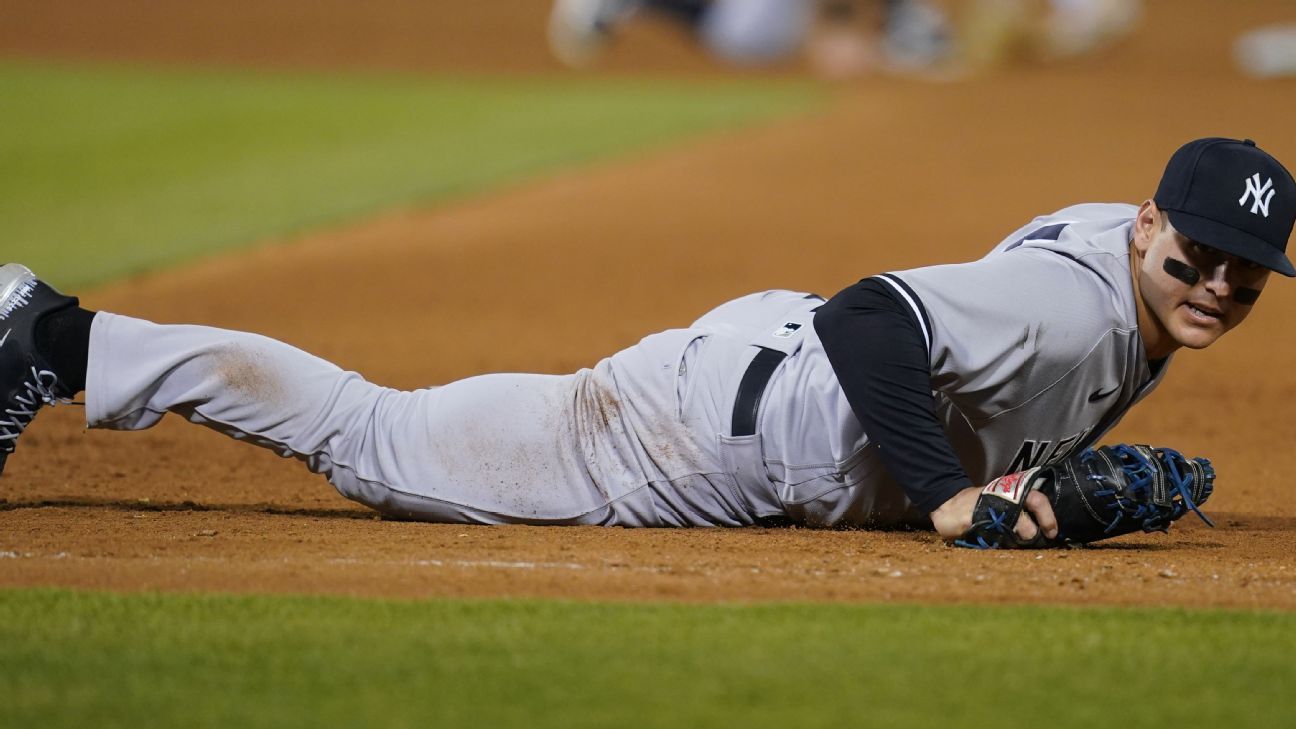 BOSTON — First baseman Anthony Rizzo said he is close to returning to the New York Yankees after no longer suffering from migraines that were a side effect from an epidural injection to treat his ailing lower back.

Rizzo began baseball activities for the first time since receiving an epidural injection on September 1 to help with his chronic lower-back tightness. Rizzo’s back issues led him to miss four games July 5-8 and another five games in early August.

The slugging first baseman was not placed on the injured list until September 6 (retroactive to Sept. 3) after he was unable to engage in baseball activities due to migraines that stemmed from the epidural. Rizzo’s migraines were gone after being treated with what is known as an “epidural blood patch” on Friday.

“It was weird, getting the blood patch, it sounds a lot scarier than the terminology,” Rizzo said ahead of Tuesday night’s 7-6 victory over the Boston Red Sox at Fenway Park. “It was just weird because you didn’t know what was going on. Every time you stand up you get a massive headache. Just laying down for a week straight, basically on bed rest, was not fun.”

Rizzo said that he wanted to wait a week “to let the medicine really fully kick in and do its job” and that he was hopeful that he could be activated towards the end of the Yankees’ current 5-game road trip or during their next home stand. The Yankees have another game against the Red Sox at Fenway Park Wednesday, followed by an off-day before playing a three-game interleague series in Milwaukee.

“Feel good. Swung today a little bit so just progressing,” Rizzo added. “Hopefully, next series or the Pittsburgh series. … I was at Yankee Stadium this morning working there. Threw on the field today. Didn’t run outside but ran inside. Now it’s just progressing.”

Manager Aaron Boone did not want to put a specific timeline on Rizzo’s return but said that he feels encouraged by the fact that he continues to improve physically.

“We’ll see,” Boone said when asked whether Rizzo could be back as early as this weekend. “The great thing is he’s feeling really good. But with the amount of down time, we want to make sure he gets ramped up properly. I know he took a couple of swings off the tee today, played catch, moved around some more. I think he’s going to run and hit in the cage tomorrow, so we’re moving in a really good direction. What the time frame is, whether it’s at some point in the Milwaukee series or when we get back, we’ll just have to see.

“But excited where he’s at and how he’s feeling.”