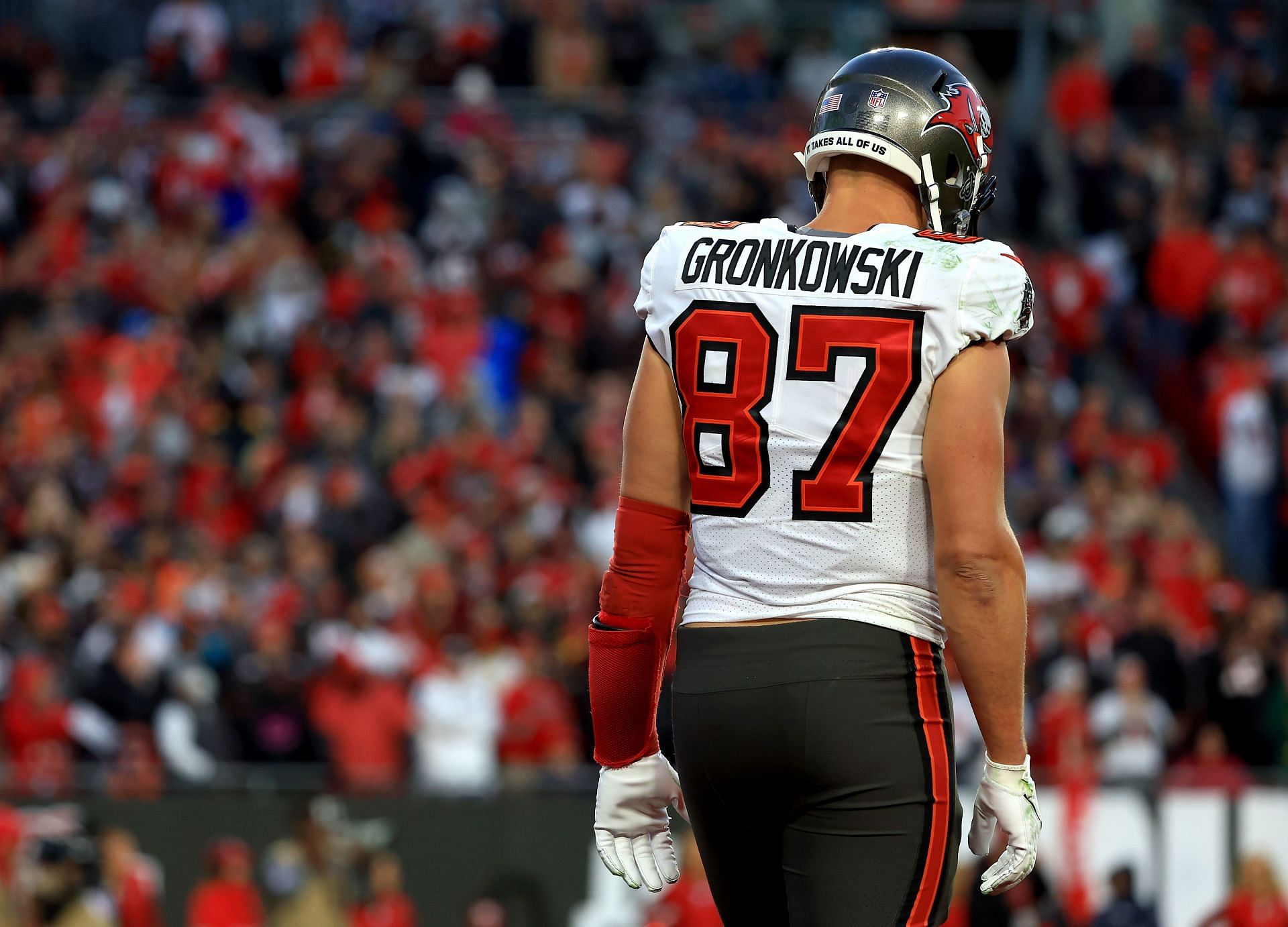 Rob Gronkowski has officially retired again from the NFL after a stunning 11-year career. One of the best tight ends in the history of football has hung up his cleats for potentially the last time. He spent nine seasons in New England and then flew south for the winter of his career with Tom Brady in Tampa Bay.

However, the pass catcher known affectionately as “Gronk” is still only 33 years old. Many NFL players play longer than that and get into their late 30s before retiring. 33 may not be the prime age for a tight end, but he could have a few years left.

If a recent workout video is to be believed, Rob Gronkowski is in incredible shape, too. He looks football ready and incredibly strong. Chris Gronkowski, who also had a brief NFL career, recently worked out with his brother. He said the cameraman couldn’t help but focus on the former tight end.

Strength isn’t the only thing that makes a great NFL player, but it definitely helps. This is especially true for tight ends.

Will Rob Gronkowski return to the NFL?

This is the second time that Rob Gronkowski has retired, which means that the decision to do so has weighed heavily on him. He wanted to step away from football enough to retire on two separate occasions.

There are two good reasons why this retirement might not last, either. For starters, there are very few NFL players who love the NFL more than Gronkowski. Throughout his career, he’s played the game with obvious love, passion and a flair for celebration.

He’s a fully-grown adult who sometimes looks a child on the field, and that’s not derogatory in the slightest. The second reason is that he loves Tom Brady. He unretired to join Brady with the Tampa Bay Buccaneers once before, so it could happen again.

The former tight end is retired for now, but it just doesn’t feel like it will last. If he does commit to retirement, he would make an excellent analyst and would have some stories to tell.

However, that would mean the NFL would be permanently losing one of its best personalities on the field. We will see if there is another twist in the Rob Gronkowski tale in the 2022 season.