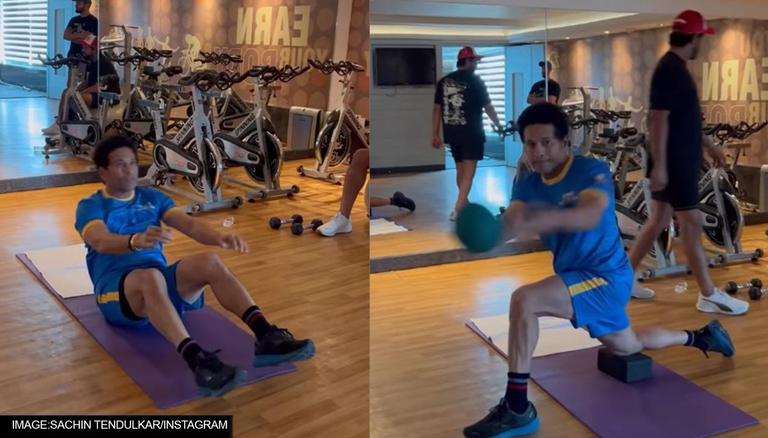 Age is just a number for cricket icon Sachin Tendulkar, who continues to keep himself fit even after retiring from international cricket. The 49-year-old is currently leading the India Legends team in the Road Safety World Series tournament (RSWS 2022). Tendulkar’s team has already made a victorious start to the campaign by winning the opening match against South Africa Legends. The second match of the series will be against West Indies on Wednesday and Tendulkar took to Instagram to share a video of his preparations before the game.

The video posted on his Instagram account features series of events which showcases his workout session inside the gymnasium and well as his preparations on the cricket field. In the video he can be seen playing his trademark shots i.e straight drives as well taking catching practice. The master blaster captioned the video, “Every moment is beautiful. Enjoyed the first match. Now on to the next match.”

Sachin Tendulkar-led India Legends have already made a winning start to the Road Safety World Series beating South Africa Legends by 61 runs in the opening match. Stuart Binny had a major role to play in India Legend’s victory playing an unbeaten knock of 82 runs off 42 balls. Binny’s knock helped India Legends reach a huge score of 217/4.

Besides Binny, the other contribution major contribution in the match came from Yusuf Pathan who smashed 35 in 15 balls. Sachin Tendulkar turned back the clock playing trademark shots during his short stay at the crease. The major highlight of his innings was the two boundaries he scored against Makhaya Ntini and Johan van der Wath. He was eventually dismissed for 16 runs by Makhaya Ntini.

The South African batters were hardly able to put up a challenge eventually managing to reach the score of 156/9. Andrew Puttick and Morne van Wyk gave a decent start to the team before the South Africa innings went off the track following after losing flurry of wickets. Skipper Jonty Rhodes was the top scorer for the team with 38 runs. For India Legends, Rahul Sharma bowled an economical spell picking up 3 wickets. Munaf Patel and Pragyan Ojha chipped in with two wickets apiece.