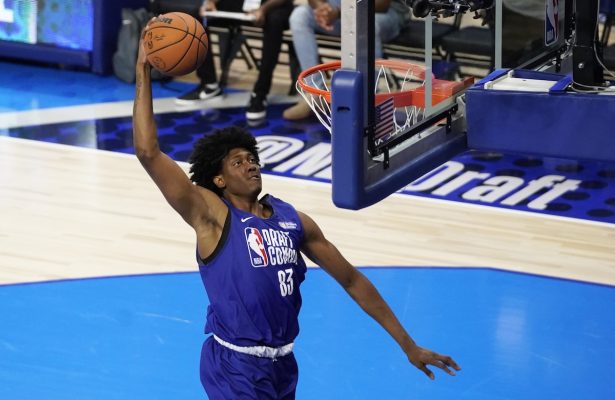 In preparation for next Thursday’s draft, the Cleveland Cavaliers will apparently be working out Santa Clara University wing Jalen Williams on Monday.

In his pre-draft availability, Santa Clara’s Jalen Williams said he has a workout scheduled with the #Cavs on Monday.

Over three seasons at Santa Clara, the 6-foot-6 Williams saw his game develop, especially in the area of scoring.

While Williams finished with a collegiate scoring average of 12.6 points per game, he averaged 18.0 points per contest during the 2021-22 season.

Barring a deal with another team, the Cavaliers are scheduled to pick 14th in the draft. That’s lower than they’ve picked in previous years, which is a result of the team’s improvement during the 2021-22 season.

Williams grew up playing point guard, which helped him develop impressive dribbling and passing skills, while his 7-foot-2 wingspan will likely also be an asset at the next level.

Like most players, there are some concerns about Williams, including the level of competition he faced during his time at Santa Clara. In addition, some think he’ll need to bulk up and get stronger once he gets to the NBA.

Depth issues caused by injuries served as a key reason why the Cavaliers’ promise faded in the last few months of the 2021-22 regular season. Adding a talented player like Williams could help avoid that problem next season and in the years ahead.