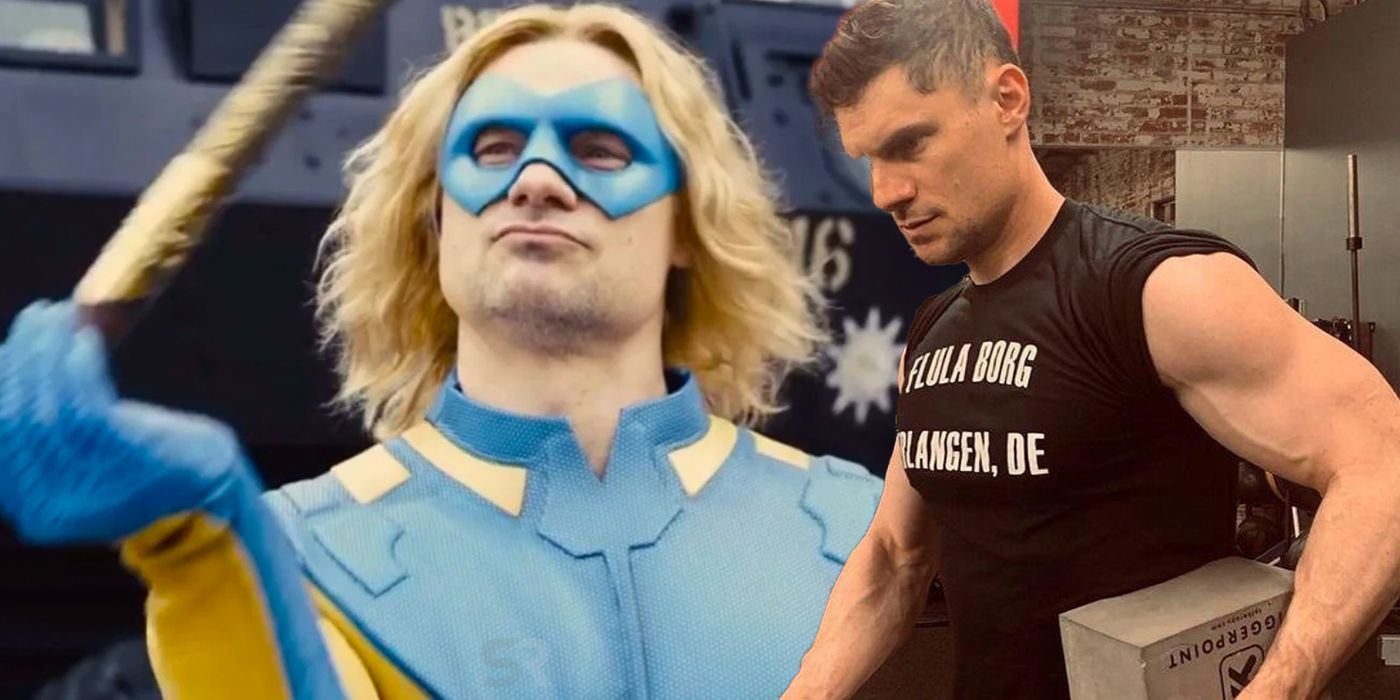 Flula Borg, who played Javelin in The Suicide Squad, shares a video explaining his impressive workout routine to play a supervillain in the DCEU.

Borg is best known as a comedian, DJ, and YouTuber, who has also had acting roles in The Good Place and Pitch Perfect 2. His character in The Suicide Squad is a former Olympic athlete who is, apparently, very good at committing crimes and/or murder with a javelin. So much so that Amanda Waller (Viola Davis) recruited him to undertake a dangerous mission on the island of Corto Maltese with Task Force X.

Borg recently took to Twitter to celebrate the first anniversary of The Suicide Squad. The video sees Javelin and his trainer instruct Borg on how to get a supervillain body. Check it out below:

Jokes aside, Borg’s commitment to looking the part is certainly admirable. Javelin is merely a comedic relief character, with his weapon of choice having more screen time than its initial wielder. Despite Gunn describing it as a relatively useless weapon, the javelin played an integral role in The Suicide Squad thanks to Harley Quinn. Based on his absence in much of The Suicide Squad’s promotional footage, it came as no surprise that Javelin himself ended up being one of the film’s many casualties. That said, The Suicide Squad does not shy away from taking out seemingly safe characters played by recognizable faces.

It would seem Borg valued his experience working on and training for The Suicide Squad. The film’s highs are largely a result of its irreverent humor, misfit characters, and violent, R-rated action. While audiences likely won’t see more of Borg as Javelin in the near future, Gunn will return to the DCEU with Peacemaker season 2, future films, and potentially other spin-offs. If he keeps working out, maybe Borg’s supervillain body will cameo in an upcoming project or even star in its own prequel series.

Josh Plainse is a writer, movie, and television fanatic based out of Wisconsin. Josh works for Screen Rant covering the latest in entertainment while simultaneously pursuing the never-ending dream of becoming an established novelist, screenwriter, and/or decent human being. Josh would accredit characters such as Goku, Han Solo, Simba, and Maximus Decimus Meridius for instilling within him an affinity for storytelling. It is this incessant obsession which has propelled him to seek opportunities that inform, entertain, and inspire others.