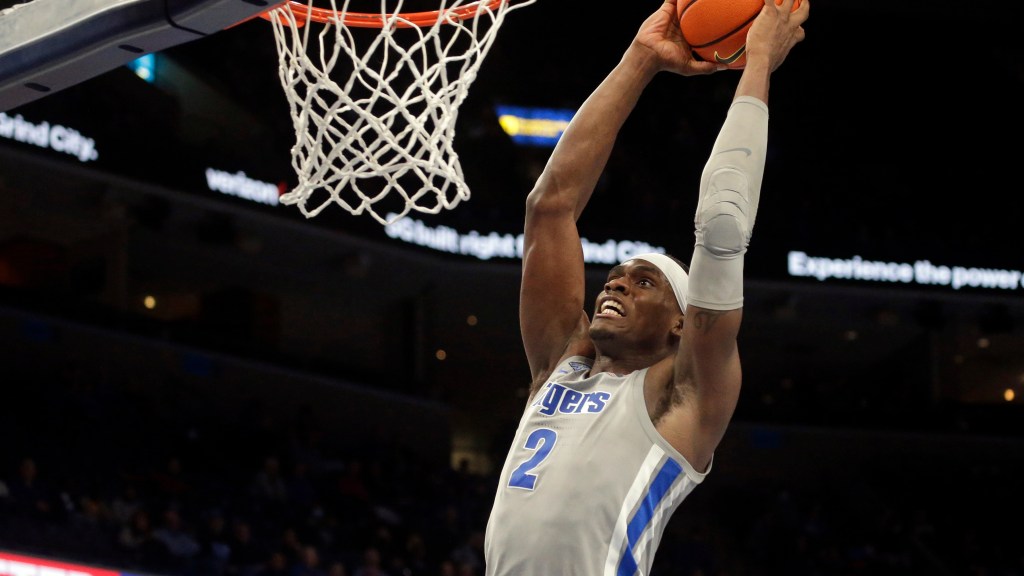 Memphis freshman Jalen Duren on Monday participated in a pre-draft workout with the Portland Trail Blazers, the team announced.

The 6-foot-11 center is widely projected to be a lottery pick this year after emerging as a force inside the paint. He has the size to immediately make the jump to the NBA and hold his own against bigger competition while boasting a 7-foot-5 wingspan.

The Trail Blazers enter the NBA draft with the seventh pick, but are heavily rumored to want to trade it to acquire players that can help them win now. However, they have also been linked to several prospects in their range, including Duren.

Portland will be among the teams to watch in the coming weeks that could be busy on draft night. The organization wants to build a competitive roster around Damian Lillard and figures to be active in those discussions.