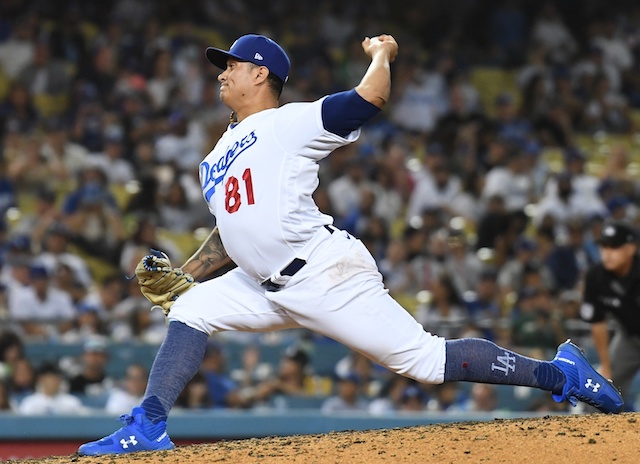 Victor González became a key member of the Los Angeles Dodgers bullpen during their World Series run in the 2020 season and looked like their next shutdown reliever for the foreseeable future at only 25 years old.

However, González was unable to repeat his success last year. He finished the season with an ERA of 3.57 and a 4.27 FIP in 35.1 innings while also spending the majority of the year with Triple-A Oklahoma City.

González believes his struggles were due to the lack of care he had over his diet, according to Jorge Castillo of the L.A. Times:

“To be honest, I didn’t take care of myself,” González, 26, said. “I wasn’t paying attention to the amount of food I was eating.”

González saw his strikeout rate drop by 7% while his walk rate rose by 10%. He also began having injury problems.

The Dodgers placed him on the 10-day injured list with left plantar fasciitis in early July and then he was sidelined with right knee inflammation on Aug. 6. When González was activated off the injured list, the Dodgers optioned him to Triple-A.

After the season, González received advice from Julio Urias that changed nearly everything he did in the offseason:

In October, before they went their separate ways, Urías offered González some advice: Find yourself a personal trainer and work with him around the clock.

González already had a plan. He asked an old friend to move from Mexico City to live with him 500 miles away in Tuxpan, his small hometown in Nayarit, for the offseason. He paid him to govern every aspect of his life.

Raúl Rico arrived on Nov. 17. He established a diet, a workout plan and a sleep schedule. González ate five small meals a day. Eggs. Three tortillas. A spoon of rice here, 250 grams of chicken there. Protein shakes after workouts. He reached his goal by February.

During 2022 Spring Training, González looked like a completely new pitcher and much more resembled the 2020 version that made him a key member of the bullpen.

González appeared in four games and pitched five innings, allowing only three hits and one run while striking out six and walking one. Opponents hit just .176 on him and he looked like a lock to make the Opening Day bullpen.

Unfortunately for González, his comeback season has been put on hold. The Dodgers placed him on the 10-day IL with left elbow inflammation when setting their Opening Day roster, and he recently underwent surgery.

The Dodgers are hopeful he will return at some point during the second half of the season.

Have you subscribed to the Dodger Blue YouTube channel? Be sure to ring the notification bell to watch player interviews, participate in shows and giveaways, and stay up to date on all Dodgers news and rumors!