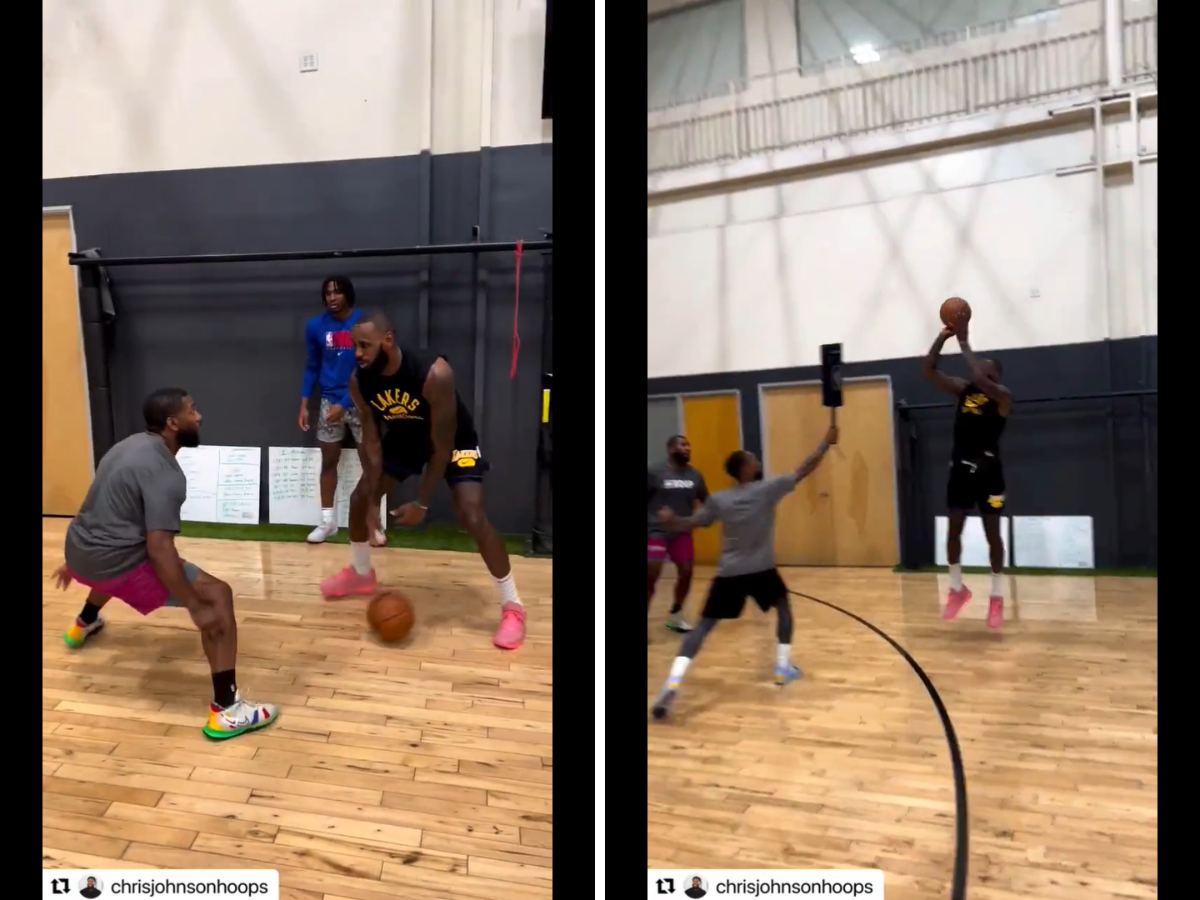 LeBron James getting a long offseason is always something that has the potential to spell trouble for the league. The last time LBJ got a proper offseason was in 2019 after the 18-19 season ended without a playoff appearance for the Lakers. They acquired Anthony Davis that summer and won the 2020 NBA Championship.

The two seasons after that have been severely impacted by COVID in terms of how long the offseason was for every team. This year is a return to normalcy for the league as it is following the typical 82-game schedule followed by over 3 months of offseason until October.

LeBron is using this time well, training with his coaches for what will be Year 20 of his career. There is a lot at stake for the King, who is still one of the best players in the league and will hope to make another championship push this season. Videos of him doing a shooting workout have surfaced and his jumper is looking solid.

LBJ averaged over 30 points last season, proving that he can be the primary offensive weapon for his team even at the age he is at. No player at age 37 or after 19 years in the league has come close to even averaging 20 points, let alone successfully average 30 like how LeBron did.

With the question marks around the Lakers roster, LeBron needs to ensure he can deliver for the team at the highest level. He will be hoping that the front office can provide him with Kyrie Irving to lighten the load but he is stuck in LA regardless for next season.

If summer workout videos were massive indicators of anything, Ben Simmons would be one of the best players in the league. It’s good to see LeBron stay active in the summer and work on his craft even after all the time he has spent in the league already.