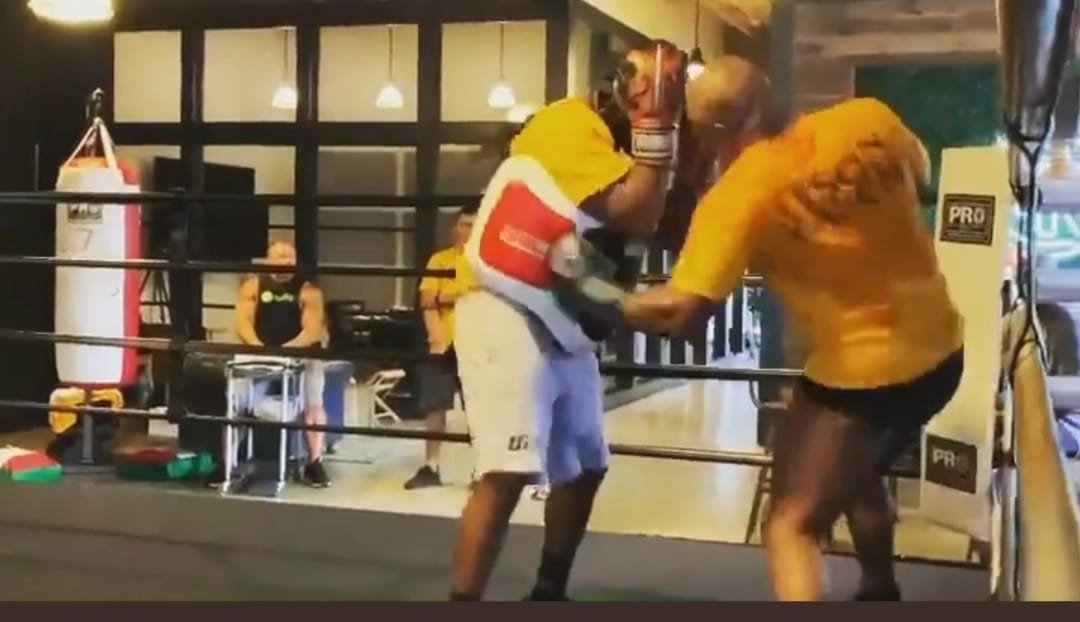 A part of what made Mike Tyson great was his determination to push through adversity and pain to gain victory. However, father time always catches up to people as Tyson found out the hard way after collapsing during a recent workout.

In the video, Tyson can be seen intensely working out on a punching bag, showing shades of his prime, but his body gives in after a while and he collapses to the ground due to the fatigue. This only showed that even a fighter like Tyson is still human. However, it seems like people underestimated ‘The Baddest Man On The Planet’ as he now has already picked up his gloves to start training once again.

After his recent collapse, a video of a  56-year-old Tyson intensely sparring with his trainer comes out which shocked a lot of people.

In the video, Tyson is seen working out with his trainer, practicing his signature peek-a-boo style and viciously punching the pads. This made many fans wonder how Tyson got in the ring so quickly after collapsing just a few days ago.

The answer to this only lies with Tyson himself as he certainly proved that father time has not yet fully caught up to him even at 56 years old.

How Tyson’s ego shaped him throughout his life

Tyson had a troubled childhood, which saw him use violence and anger from a very young age. However, Tyson’s mentor, Cus D’Amato, was able to channel this anger into boxing, turning Tyson into an unstoppable force. This led to Tyson developing a huge ego which was only fueled by the success he was seeing at such a young age.

Although Tyson’s ego made him a better competitor in the ring, it caused a lot of problems for him outside the ring, however, Tyson has now matured since his younger days and can keep his ego in check. Moreover, he can even let it loose as well, with the sparring session being a perfect example.

Watch This Story:  Movies and Documentaries About Mike Tyson Every Fan Must Watch

What did you think of Tyson’s training session? Let us know in the comments.