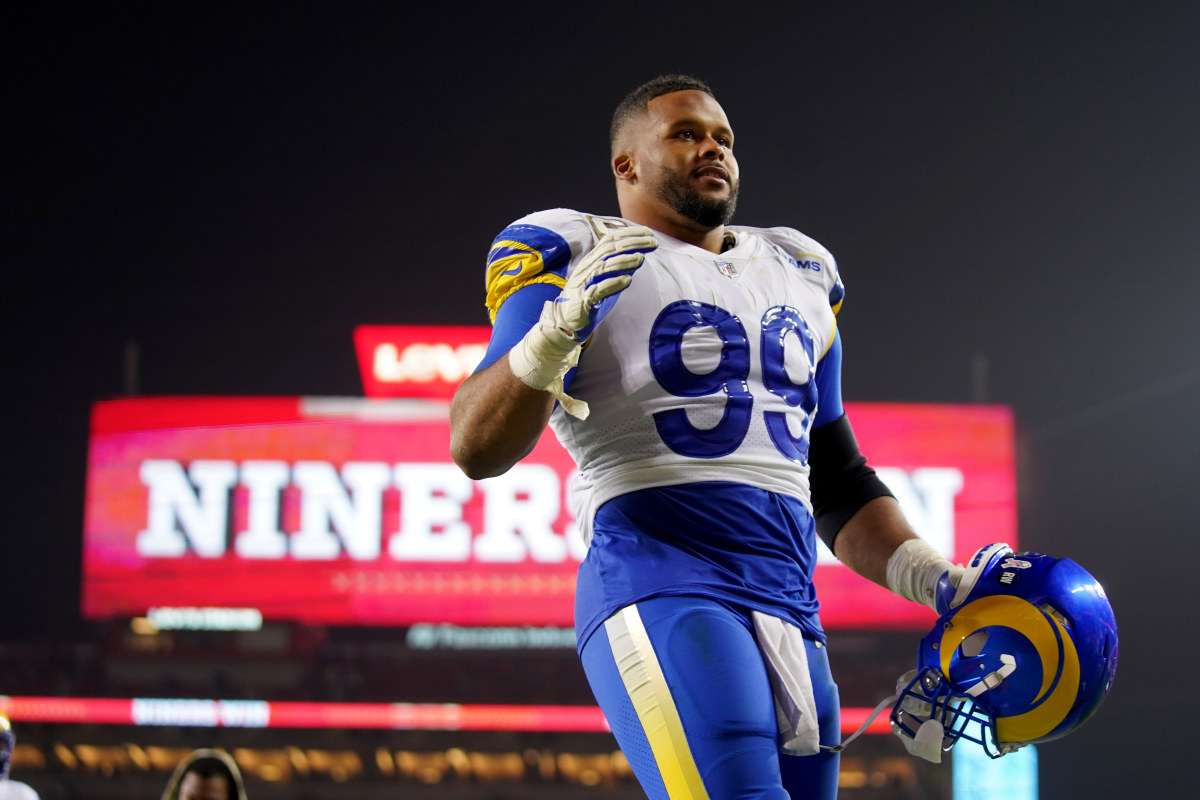 Regardless of what you might hear about Los Angeles Rams star Aaron Donald, just know he’s staying locked in for next season as the Rams look to defend their Super Bowl title.

The three-time Defensive Player of the Year was working out in his hometown of Pittsburgh Wednesday with his trainer, who provided video proof that Donald’s drive to be one of the greatest players of all time (if he isn’t considered one already) isn’t going away anytime soon.

Donald did not report to the first day of the Rams’ voluntary OTAs, but that does not worry Sean McVay in the slightest. McVay told reporters on Monday that he had spoken to Donald, and the “dialogue’s good,” still between the two parties.

While it may be concerning to fans that Donald did not appear for OTA’s on Monday, it is important to remember that they are voluntary and it is not entirely uncommon for veterans to not show up at first.

He will be entering his ninth season with the Rams, and it is expected that he takes as much time off in the offseason as he can to recover before the start of the 2022 season in September.

However, according to a report, despite his desire to return, Donald could still choose to hang things up, if he and the Rams are unable to come to an agreement on his forthcoming payday.

Keep in mind that the retirement buzz around Donald — first delivered by NBC’s Rodney Harrison on the Super Bowl pregame broadcast — was always real. And it’s my understanding that Donald has a number he will play for. If it’s not met, retirement can still go down. Adding years to an already existing three-year pact takes Donald well into his mid-30s, and who knows whether he wants to play that long? But that’s the best way for Los Angeles to stretch out the money for cap purposes.

Donald and the Rams have time to figure things out, as LA and general manager Les Snead will do everything possible to secure the future Hall-of-Famer for the forseeable future.

Want the latest in breaking news and insider information on the Rams? Click Here

Want to join in on the discussion? Click here to become a member of the Ram Digest message board community today!