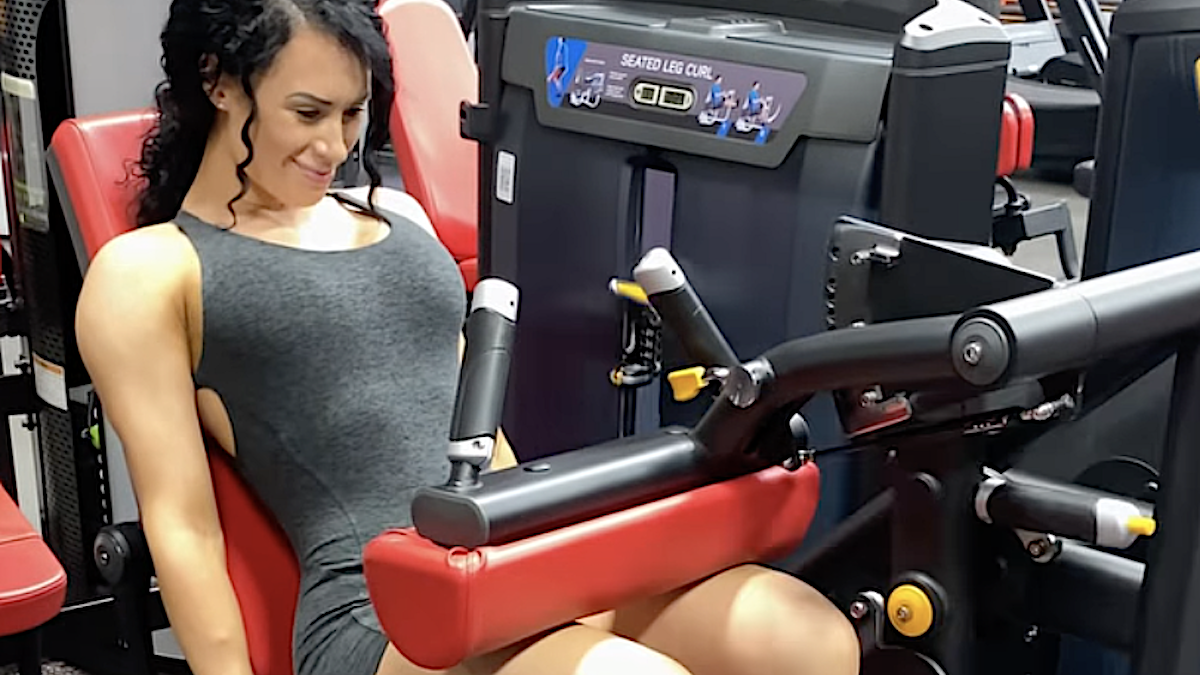 The roster in the 2021 Olympia Bikini division was loaded with elite contenders. Each competitor performed near-flawless posing routines, but ultimately, the judges favored Jennifer Dorie. She was awarded the Olympia title and the $50,000 prize that went with it.

Dorie aims to defend her Olympia title in Las Vegas, NV, on Dec. 16-18, 2022. She was recorded performing her brutal leg and glute workout and it was published on the JayCutlerTV YouTube channel on Aug. 20, 2022. Andy Velcich guided Dorie through the session. Check out the full workout below:

Velcich hooked Dorie up to the Neubie (electrical stimulation therapy) for a superset consisting of band-resisted glute ham raises on a reverse hyper. She followed that with barbell box squats that finished off with a drop set.

Dorie utilizes fewer repetitions per set during leg workouts. Through trial and error, she learned higher reps make her too sore to recover properly.

Dorie moved on to lying hamstring curls — her only hamstring-focused movement. She is not trying to bring up her hamstrings for the 2022 Olympia.

Velcich had Dorie add a folded yoga mat to the lying hamstring curl to add a deeper stretch at the bottom of each repetition.

Velcich pointed out that not only does the yoga mat apply that added stretch, but it forces Dorie to drive her hips more into the pad, which better engages her hamstrings. Velcich believes the way the newer hamstring curl machines are designed allows the user to cheat and move more weight with less effort.

Velcich pointed out that Dorie is much stronger at the beginning of this prep than she was in 2021. Not only does he believe she is leaner, but she put on more strength during her 10-month off-season due to a higher-calorie diet.

Dorie moved back to barbell box squats to bias her quads and glutes. Velcich focused on slow, controlled reps.

Dorie enjoys single-leg glute movements as she really feels them in her glutes during training. The single-leg hip thrust machine required her to drive through her glutes with each repetition with a hard contraction at the top of the movement.

When asked about how competing multiple times a year to not competing for ten months affected her confidence, Dorie responded:

“For me, it was nice to have a break because, like you said, last year and the year before, I didn’t — it was just go, go, go,” Dorie admitted. “So…it was much easier to have a long off-season to recover and come back fresh. I wanted my body to have a chance to reset. It has been like four years of being pro without having much of an off-season.”

Three weeks into her 2022 Olympia prep, and all is seemingly going well for Dorie, with 18 weeks to go at the time of her leg and glute workout. The goals for the 2022 Olympia are not to change her package too much, as she already has a winning physique.

Dorie aimed to remain lean during her off-season, and she accomplished that. She is currently 15 pounds leaner at the start of this prep than she was the previous year and only 10 pounds away from her stage weight.

Dorie’s off-season focus was fine-tuning and adding detail rather than putting on mass, especially in her legs and glutes. We’ll see if it’s a strategy that helps her retain her crown at the Olympia in December 2022.