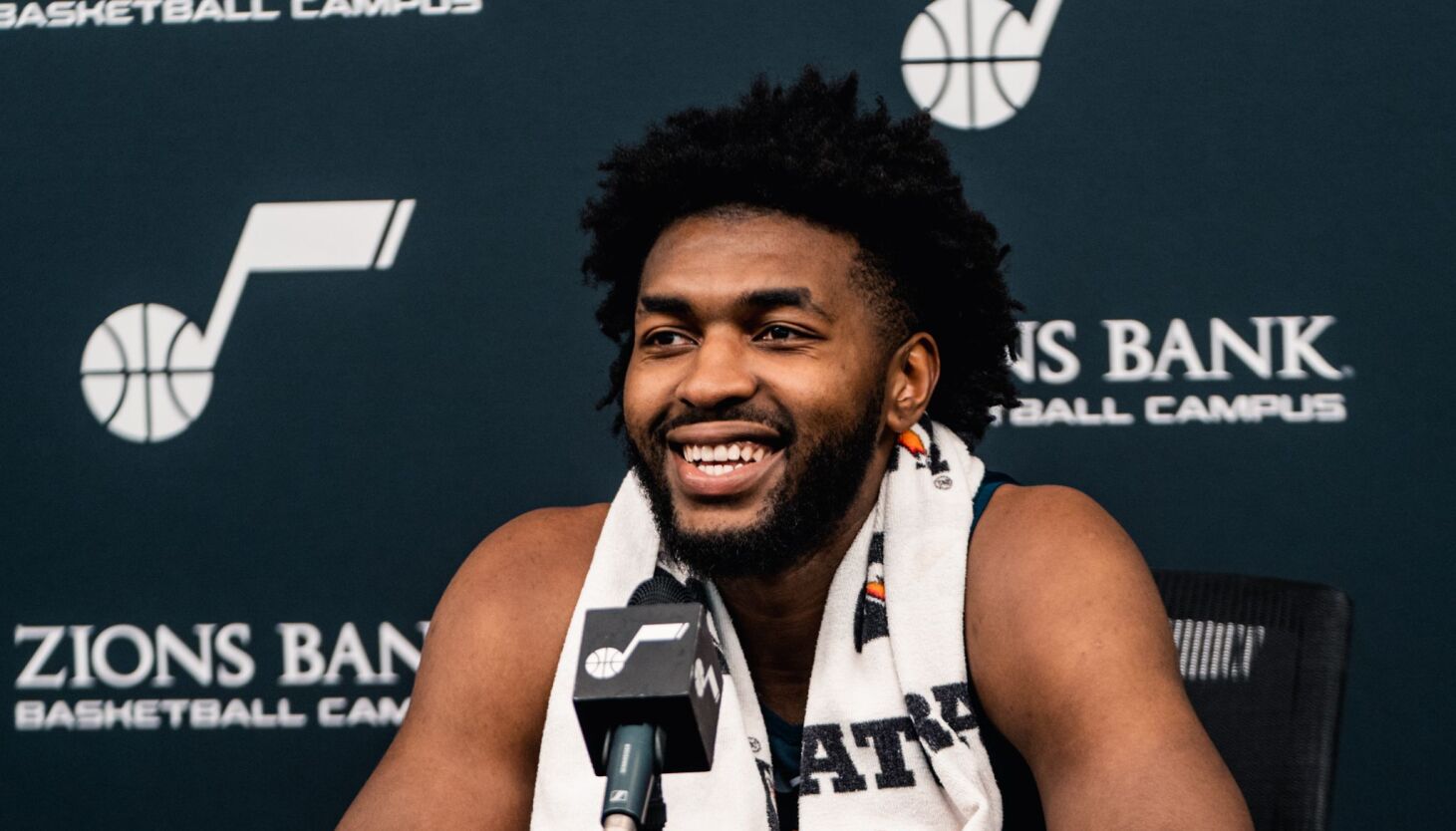 This article was first published as the Jazz Insiders newsletter. Sign up to receive the newsletter in your inbox each Friday.

The Utah Jazz held their first pre-draft workout on Thursday, despite not having a pick in the upcoming 2022 NBA draft.

Some of you might be wondering, what does a pre-draft workout entail? Well, it’s different for every team and there can be some differences from one workout to the next, depending on the players in the workout group.

But for the Jazz, they seem to have a pretty standard workout routine for prospects, no matter if the team has a designated pick, and Seton Hall’s Jared Rhoden, who worked out for the Jazz this week, filled us in on what the workout entailed.

“The first thing that I definitely noticed was the air is kind of different up here,” Rhoden said. “The altitude kind of had me a little messed up in the beginning, but I adjusted pretty well pretty fast.”

The group started out with some simple stuff just to get everybody warmed up and feeling comfortable — ballhandling drills on both sides of the basket where the player makes a small move and then a finish at the rim.

Then the Jazz get a look at some quick rotation defense.

The group then moved into 3-on-3 work, which includes multiple variations. There was some free playing, half-court 3-on-3 to start and then the coaches would add in some basic actions — screens, cuts, time scenarios, playing off a rebound, etc.

The gym then opens up a little bit for some full-court 3-on-3 work including transition scenarios and full scrimmaging.

Once the players are good and tired, the Jazz test their shooting with the infamous “Jazz 100,” a shooting drill that includes 100 jump shots — 3-pointers from all over the court, shots off the dribble, catch-and-shoot 3s, turnaround 3s, etc.

“Then we closed out with a full-court layup drill to test your conditioning and your mental strength,” Rhoden said. “You got to get six full core layups in like 32 seconds. That was cool.”

In the short time they have with the prospects, the Jazz are looking at how they play in different situations, their defensive instincts, their ability to pick up on direction and schemes, how they stand up under fatigue and stress and if they can push themselves in the final moments.

New with the Jazz

Stat of the week

As pointed out by The Athletic’s Zach Harper, the Miami Heat’s Jimmy Butler, Kyle Lowry and Max Strus shot a combined 4 for 33 in their Game 5 Eastern Conference finals home loss. All four made shots came from Butler. “Lowry was 0-for-6, and Strus was 0-for-9 from the field. The three of them were a combined 1-for-17 from deep. Those three were a combined 4-for-27 in Game 4, which pushes their total over the last two games to a combined 8-for-60, 13.3 percent from the field.”

This week in Jazz history

Stockton nailed a 3-pointer as time expired to lift Utah to a 103-100 win against the Houston Rockets in Game 6 of the Western Conference finals. That victory gave the Jazz the series and lifted the franchise to its first NBA Finals appearance.

How to pass the time in the offseason

Now that the Jazz season has come to an end, it means that I have some time to catch up on the things that I love but don’t have enough time for during the NBA season. Here I’ll suggest my latest way to pass the offseason time and also take your suggestions.

I don’t watch a lot of movies. It’s not because I don’t like them, I just don’t usually sit down and commit to a movie. But this week I watched two movies; the original “Top Gun” and the new “Top Gun: Maverick” that is in theaters.

I thought that the original “Top Gun” was a fun movie, albeit a product of its time (1986). It was just fine. I went into the sequel not expecting much and kind of preparing myself to be underwhelmed. But I have to tell you that I loved it. “Top Gun: Maverick” nods just enough to the original to make the nostalgic feel seen, it pulls on all the right heartstrings, and at the end of the day it’s a movie about naval fighter pilots and their mission, which is what I think you want when you see a movie like that. And believe me when I tell you, the flying and mission scenes are intense. A great summer flick.

What’s next for the Denver Nuggets after they sign Nikola Jokic to a supermax?

The Golden State Warriors are headed back to the NBA Finals.

After missing all of last season, Pelicans’ Zion Williamson is cleared for activity.

Up next: NBA Finals