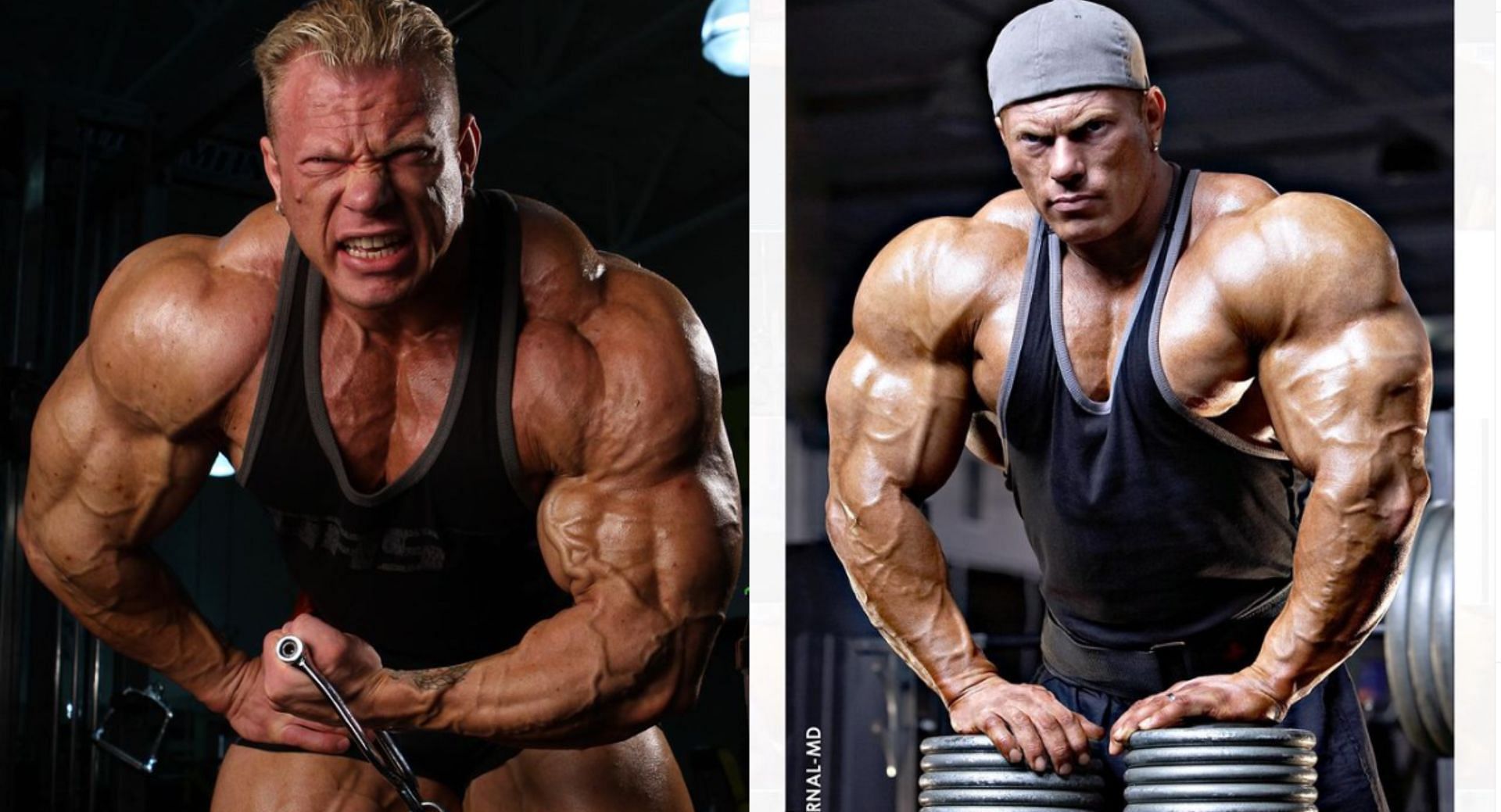 Dennis Wolf, aka The Big Bad Wolf, is a German-based fitness influencer and IFBB professional bodybuilder. Wolf has won several bodybuilding competitions, including the Arnold classic in 2014. Popular for his large outer quads and small waist, he started training for bodybuilding at a very young age.

Taking up martial arts sparked Wolf’s interest in weight training, which eventually led him to the path of bodybuilding. Due to his humble approach and consistency, Wolf has been one of the most respected IFBB professionals around.

At the age of 41, Wolf continues to work hard on his physique and clothing line. He engages with fans regarding fitness advice via various channels such as expos and social media networks.

To blow up like Dennis Wolf, you need to take a much stricter approach towards your workout and diet plan. Let’s look in detail at the workout routine and diet plan of the Big Bad Wolf.

Dennis Wolf trains six days a week all year round to maintain a sharp and shredded physique. The seventh day is assigned as a rest day for recovery and rest of the muscles. In six days of training and workout sessions, Wolf trains all his body parts and muscles effectively. Each workout day of Wolf is dedicated to a specific area of the body.

For instance, on Mondays, he trains his biceps and chest, which typically includes exercises such as barbell bench press, incline flyes, dumbbell curls, barbell curls, and cable crossovers. Similarly, other days are dedicated to areas such as legs, abs, back, delts, shoulders and triceps.

He makes sure to include at least one of the basic freeweight lists for all body parts. That helps him form a basic base or foundation for his workout sessions. For instance, for the biceps routine, Wolf starts with barbell curls.

Four to five weeks before a season, Wolf increases the volume of the overall set to sculpt and make the last changes to his body. He also includes cardio exercises in his workout sessions all around the year along with training his abs at least twice every week.

Furthermore, Wolf relies on video footage and photographs to assess his progress and make changes according to his weaknesses and strengths. This visual evidence helps in ensuring that he’s making a pleasing and proportionate physique rather than solely focusing on bulking up.

He also advises that one should always determine their weakness and pay more attention to it than the stronger parts. Prioritsing your weakest parts can help you maintain a proportional physique and all-around body balance.

One of the major factors behind Dennis Wolf’s sculpted and shredded physique is his diet plan, which is filled with nutrients. The meal plan of the professional bodybuilder consists of all the macros such as fibres, carbs and proteins.

Typically, Wolf eats six to seven meals throughout the day to ensure proper intake of calories and energy levels for his workout routine. He tries to keep his diet as clean as possible, with loads of vegetables to consume all the necessary nutrients. This well-balanced diet allows him to effectively maintain his athletic body and workout schedule.

Apart from the above meals, Wolf has snacks and workout meals in between. The post workout meal of the professional bodybuilder always consists of a protein powder shake. However, for snacks, he also prefers fish with brown rice. He usually pairs his meals with a good quantity of vegetables to maintain a well-balanced diet.

In addition to a strict diet and workout plan, Wolf also takes supplements to maintain massive muscle gain. He emphasises drinking a high amount of water throughout the day to stay hydrated. The clean eating approach has helped him look sharp and shredded throughout the year rather than just during the contest seasons.

Dennis Wolf has earned a big name in the bodybuilding industry with his hard work and dedication. With a closer look at his diet plan and workout routine, one can see the amount of effort he puts into building and maintaining such a physique. He often includes minor alterations in his workouts to get better results on stage.

According to Wolf, there is no correct formula for bodybuilding. You just need to make sure to include divergent exercises in your workout sessions that target your muscles from varied and unique angles. Adjust the volume of the sets according to what works best for your body.

Q. What do you think about Dennis Wolf workout and diet routine?