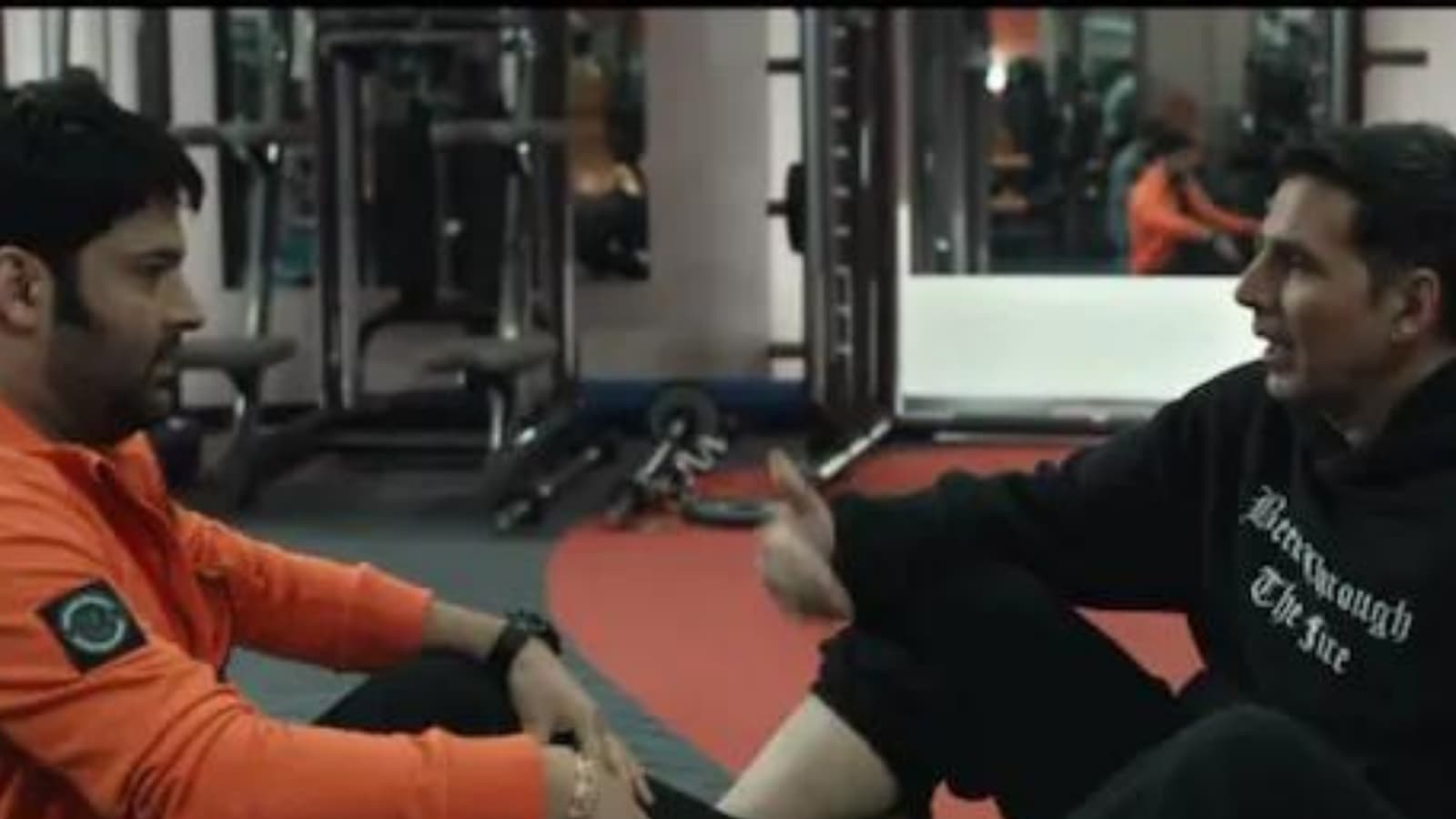 The video starts with Kapil standing on his balcony and wondering whether Akshay wakes up at 4 AM.

The video starts with Kapil standing on his balcony and wondering whether Akshay wakes up at 4 AM.

It is a known fact that Akshay Kumar and Kapil Sharma share a great bond, which has only strengthened with time. Akshay has promoted numerous films on the sets of The Kapil Sharma Show. Recently, Akshay shared a video on Instagram in which he was seen exercising in the wee hours with Kapil.

The video starts with Kapil standing on his balcony and wondering whether Akshay wakes up at 4 AM. Kapil looks at his mobile for the time which is 02:30 a.m. Kapil thinks that if he sleeps at this time, Akshay will make fun of him every day. Kapil then musters the courage to prepare himself to go to the gym.

Kapil then starts brushing his teeth and his wife Ginni Chatrath asks whether he had a shoot with Akshay. Kapil sarcastically asks her whether Angelina Jolie will call him in the early morning. Ginni then asks Kapil why he was so angry. Kapil then asks Ginni to go back to sleep as Akshay has not called her.

The video shows Kapil’s watchman snoring as he calls him to open the door. Kapil hurriedly gets into the car and looks at the camera saying that everyone is asleep except him and his team.

Next, Kapil arrives at the gym and after greeting each other, Akshay asks the comedian how everything was going. Kapil replied that he was just back from Punjab. He further teased Akshay that no one gets up at 4 am.

Akshay then asks Kapil to exercise with him but he starts making excuses. Amid the exercises, Kapil asks Akshay whether filming for Samrat Prithviraj was tough. Kapil also asked Akshay if the horses he performed with also woke up at 4 in the morning.

Akshay couldn’t help laughing at this. Samrat Prithviraj is all set to release on June 3.