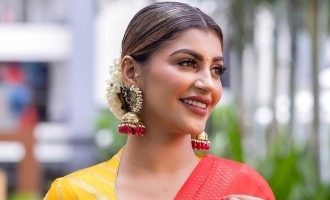 Yashika Anand is one of the actresses who came into light after appearing on Vijay TV’s popular reality game show Bigg Boss Tamil hosted by Kamal Haasan. She is an actress, model and television personality in the film industry.

Yashika was recently seen in her film ‘Bestie’ and in a special appearance in ‘The Legend’ title song. She has a huge fanbase on the internet with more than 3.5 million followers on Instagram. Her posts, photos and videos from the glamorous photoshoots go viral on social media from time to time.

On August 19, Yashika unveiled a stunning video clip from her intense workout session. The actress was spotted in a black gym outfit in the footage and wrote, “Verithanam fitness goals ??❤️” (sic). This reels video has gained almost 1 lakh likes and is now trending on social platforms.